Players that Register Within First Two Weeks Will Be Eligible to Win $10,000 in Random Drawing Prizes 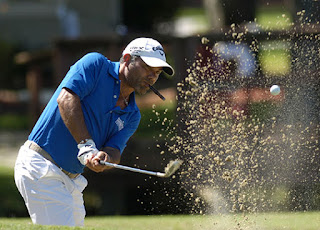 The 33rd annual tournament, which will be played August 27 – September 2 and is again expected to attracted 3,400 golfers from more than 30 countries, will open for entries on March 29.

The early entry cost is $525 and anyone that registers by April 12 will be eligible to win more than $10,000 in random drawing prizes. To register for the event, go to www.MyrtleBeachWorldAm.com.

The World Am, a 72-hole net stroke play tournament, will be played on more than 60 of Myrtle Beach’s best golf courses. The entry fee includes four rounds of golf, a gift bag, and nightly entry into the World’s Largest 19th Hole, which will again feature free food and drinks, live entertainment, a golf expo and more.

The World Am is the game’s most unique and inclusive tournament. Golfers are flighted based on gender, age and handicap, and at the conclusion of four rounds, all flight winners and ties advance to the 18-hole championship playoff where a World Champion is crowned.

Players with handicaps as low as three and as high as 34 have won the event. The game’s most aggressive handicap monitoring system is at the heart of the World Am’s success, ensuring players are competing on a level playing field.

The tournament features five competitive divisions, ranging from men and women 49 years of age and under to the super seniors, who are 70+ years old.
Posted by Blogger at 10:58 AM