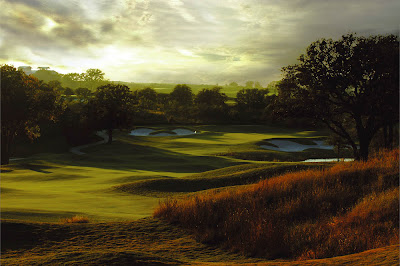 Top Collegiate Players Face Off at Southwest Oklahoma’s Premier Golf-Residential Course
(Southwest Oklahoma) – The Territory Golf and Country Club – named one of the Sooner State’s best courses by Golf Digest – will be the site of an NCAA Div. II Super Regional May 2 through 5.

With nearby Cameron University as host school, top collegiate golfers in the South Central and Midwest regions will test their considerable skills on the award-winning Randy Heckenkemper design.

Owned by Rick and Barbara Braught, The Territory has hosted a Super Regional once before and was rewarded with another tournament based upon that success. Additionally, the course has welcomed the State Amateur and Senior State Amateur, as well as numerous collegiate and high school events.

“Sharing our course with such an impressive group of golfers is an extreme pleasure,” said Rick Braught. “Cameron University is an important partner in this area and we’re proud to join forces to put Southwest Oklahoma’s best foot forward as so many people experience our region for the first time.”

The top five teams and the top two student-athletes not with a team from each regional will advance to the finals May 18 through 21 at The Sagamore Club in Noblesville, Ind.

The Territory – named No. 3 in GolfLink's list of the “Best Oklahoma Golf Courses” (ahead of Southern Hills Country Club – host of three U.S. Opens and four PGA Championships) – is a modified target-style layout that features A1-A4 creeping bentgrass blend on the greens, while the tees, fairways and roughs are Tifsport Bermudagrass.

The brand promise – Golf & Community as it Should Be – underscores the Braughts’ goal for The Territory, which is unmatched quality in every aspect of life. Away from the acclaimed course, family-focused amenities include a multi-sport recreation court and luxurious pool. For culinary aficionados, Chef Keith Zinke pampers guests of the Prairie House with delicious meals, which are often paired with themed parties and wine tasting events.