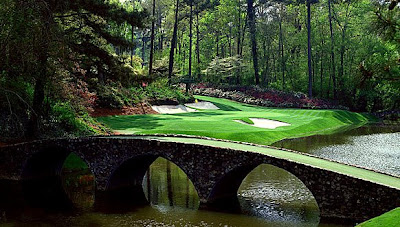 (NEW YORK) - For only the second time in the 25 years of Golf Digest's biennial ranking, there is a new No. 1 golf course in the country. Augusta National Golf Club has taken over the top honors on Golf Digest's list of America's 100 Greatest Golf Courses.

Ranked No. 2 on the 2009-2010 list, Pine Valley Golf Club in New Jersey dropped out of first place for only the second time ever and the first time since 2001 when Pebble Beach Golf Links overtook it. Pebble Beach ranks 6th on the 2009-2010 list and remains No. 1 in the ranking of the 100 Greatest Public Golf Courses, a title the course has held since the list's inception in 2003.

Golf Digest has conducted America's 100 Greatest Golf Courses rankings since 1966, making it the oldest and most respected ranking in the game. The 100 Greatest package, which also includes America's 100 Greatest Public Courses and the 100 Best Courses Outside the United States, appears in the May 2009 issue of Golf Digest. Complete rankings, including the list of the Best Courses in Each State and a database of every course that has appeared on one or more of Golf Digest's national rankings, will also be available online at www.golfdigest.com/go/100greatest starting April 6.

"Although the architectural changes at Augusta National have received criticism over the past few years, our panel consensus ranked it No. 1," said Ron Whitten, Golf Digest senior editor of Architecture. "We evaluate seven different aspects of each course's design, and while it's hard to pinpoint individual reasons for a course's ranking, I think it's fair to say that Shot Values and Resistance to Scoring were the likely categories that contributed to Augusta's elevation."

Behind Pebble Beach at No. 1, the Top 10 on America's 100 Greatest Public Courses includes: No. 2 Pacific Dunes, No. 3 Whistling Straits (Straits), No. 4 The Ocean Course in Kiawah Island, No. 5 Bethpage State Park (Black), No. 6 Pinehurst Resort & Country Club (No. 2), No. 7 Bandon Dunes, No. 8 Shadow Creek Golf Course, No. 9 TPC Sawgrass (Players Stadium Course) and No. 10 Arcadia Bluffs Golf Club.

To determine America's 100 Greatest, America's 100 Greatest Public and the Best Courses in Each State, Golf Digest's more than 900 panelists nationwide played and rated thousands of courses on seven criteria, each on a scale of 1 to 10: Shot Values, Resistance to Scoring, Design Variety, Memorability, Aesthetics, Conditioning and Ambience. After panelists filed their evaluations, Golf Digest averaged the scores of the seven categories (scores in the Shot Values category count double) and totaled the averages to determine the overall rankings.

The international rankings were compiled from ballots submitted by U.S. and international golf-course panelists, editors among Golf Digest's network of 23 editions of the magazine and other affiliate magazines around the world.

A course must be two years old to be considered for America's 100 Greatest Golf Courses and at least a year old for any other ranking. All panelists involved in the ratings travel and play at their own expense and on their own timetables.

What is the #1 golf region in the country?

My vote is for the Monterey Peninsula with 5 courses in the top 100... it offers the most spectacular golfing I have ever experienced and i have played all over the world. I was pinching myself the whole time i was there just to make sure I was not dreaming. Monterey offers the best natural golf courses in the world! I just got back from another retreat to the Monterey Peninsula and must say it was the best golf vacation i have ever had!

View the courses for yourself: http://www.montereypeninsulagolf.com/monterey+golf+courses