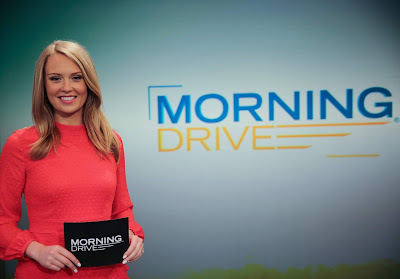 “We’ve been eager to add Anna to GOLF Channel’s on-air team, and I’ve long been a fan of her work in the U.K. With golf being a global game and our partnership with Sky Sports, she is a welcome addition to Morning Drive,” said Molly Solomon, GOLF Channel executive vice president, content and executive producer. “Her vast golf knowledge will allow for insightful roundtable discussions with fellow co-hosts and analysts each morning.”

“I look forward to planting new roots in Florida and hitting the ground running with my Morning Drive colleagues,” said Whiteley, who will relocate from London to Orlando, Fla., home of GOLF’s world headquarters. “Golf is such a global sport, and I’m looking forward to providing a new perspective based on my experiences having covered the professional golf landscape over the past several years.”

Morning Drive is GOLF Channel’s daily morning news show, airing seven days a week from 7-9 a.m. ET featuring roundtable discussions and debates on the stories of the day in the world golf. Morning Drive is streamed live via GOLF Digital, as well as on the NBC Sports and GOLF Channel Apps – NBC Sports Group’s live streaming products for mobile devices, tablets and connected TVs.
Posted by Blogger at 7:00 AM