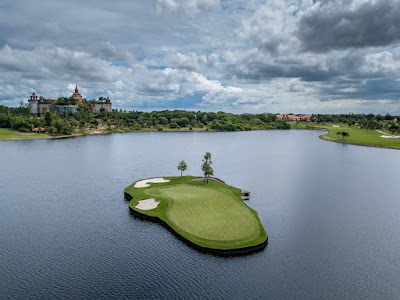 (Bangkok, Thailand) - With only three months until the inaugural Amata Friendship Cup, Team Thailand and Team Japan have announced the latest additions to their world-class line-ups, which will compete in the unique, world-first event to be staged at Amata Spring Country Club, Thailand, 21-23 December 2018.

Meesawat, Janewattananond and Suwannapura will join the likes of Thongchai Jaidee, Kiradech Aphibarnrat and multiple Major champion, Ariya Jutanugarn, in the Thai ranks. Kawamura, Kawagishi and Koiwai, meanwhile, will compete for Team Japan alongside Satoshi Kodaira and Nasa Hataoka, leading lights on the PGA and LPGA Tours, respectively.

The unique tournament, which will take place at Thailand’s leading golf club, Amata Spring Country Club from 21st-23rd December, will see a team of Thailand’s top men and women professional and amateur golfers compete with an equivalent team of Japan’s top players. The event has been created to celebrate the friendship held between both countries and promote a narrative of equality and togetherness in the sport, making it one of the most progressive and notable occasions in world golf’s calendar.

Announcing the latest additions to his squad, captain Ruangkit, a globally recognised ambassador for Thai golf, said: “I am delighted Virada and I have been able to add Prom, Jazz and Thidapa to our team, adding three players who have shown they are capable of winning on the very biggest stage.

“Prom won his first professional event at the age of 15, and regularly practices at Amata Spring Country Club, Jazz is a two-time winner on the Asian Tour and is now inside the world’s Top-150, while Thidapa has recorded victory at every level of the game and carries superb form into the Amata Friendship Cup, having won the LPGA Tour’s Marathon Classic in July.”

Naomichi ‘Joe’ Ozaki, whose golfing career is amongst the most successful in Japanese history, spoke of his excitement at adding 25-year-old Kawamura to the Team Japan line-up. He said: “Masahiro is a definite star of the future and I believe one of the best young competitors there is on the Japan Tour. I do not doubt that he will bring the dynamism we need to this Japanese side. His confidence will be high after placing T-39 alongside Brooks Koepka in this year’s Open Championship. I can’t wait to see him out there in December, doing what he does best.”

Of their inclusions within the Japan squad, Team Captain Koga stated: “Fumika enjoyed a breakout year in 2017 and has followed that form up with a number of strong performances on the JLPGA this year. You can say the same of Sakura in 2018, who is currently fifth on the JLPGA Tour’s Mercedes Ranking.

“Both have proven they can perform and win against the very best and I am thoroughly excited to see what they produce in the heat of battle.”

The event format will follow that of the Ryder Cup and Solheim Cup; a 3-day competition comprising of team-based and individual sessions, with each team amassing points based on the outcome of each match.