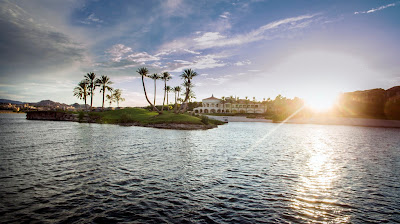 The Audi Henderson Las Vegas Golf Classic is a two-part event featuring a double shotgun scramble golf tournament on November 2 and Culinary Feast on November 3. The feast will showcase more than 15 local restaurants, wineries and breweries along with live entertainment by the Spazmatics and a silent auction. Guests can take part in the golf tournament, the Culinary Feast or both. For complete event details and ticket information visit www.lakelasvegasclassic.com. 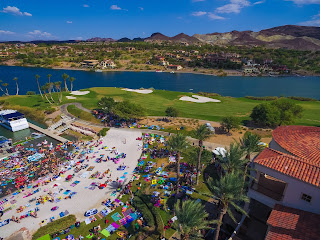 Reflection Bay Golf Club is seasoned at conducting prestigious golf tournaments and events. The Jack Nicklaus Signature Design was host to the Wendy’s 3Tour Challenge from 1998 to 2007, showcasing the talents of such champions as Bubba Watson, Fred Couples, John Daly and Phil Mickelson. In addition, the American Junior Golf Association (AJGA) held its tournament at Reflection Bay in May 2018, which featured players from all over the world.

“Reflection Bay is uniquely suited to host a wide variety of tournaments because the course lends itself to accommodate multiple skill levels,” said Eric Dutt, manager of operations for Reflection Bay Golf Club. “We push the envelope to provide our players with the best resort-style experience possible.”

Dutt said players at the tournament will be among the first to enjoy fixed Food and Beverage Stations recently opened on the 5th and 14th tees. Food at the Stations will be provided by Lake Las Vegas executive chef Scott Commings, season 12 winner of Gordon Ramsay’s “Hell’s Kitchen.”

“We are introducing the stations to elevate our level of service and keep our fingers on the pulse of new practices and unparalleled guest service,” said Dutt, a 35-year industry veteran.

Dutt is one of the most sought-after experts in the Las Vegas golf industry with work that includes consulting for the Tiger Woods Foundation National Charity among overseeing a host of tournaments at Rio Secco golf course in Las Vegas. He also held roles as Tournament Operations Manager for PGA Tour, LPGA Tour and PGA Senior tour events in Las Vegas.

A welcome party to kick off the weekend will be held for registered golfers and sponsors on November 1 at the Reflection Bay clubhouse. The 32,000-square-foot venue can accommodate up to 300 people with both indoor and outdoor space to host weddings, holiday and corporate parties and special events.

For ticket information and more details on the 2018 Audi Henderson Las Vegas Golf Classic, visit www.lakelasvegasclassic.com and www.reflectionbaygolf.com.
Posted by Blogger at 3:54 PM