“He brings that crowd, he brings those black pants, and the shirt that’s the color of blood. Be careful of what you wish for, fellas, because Tiger is back.” – Paul Azinger on Tiger Woods 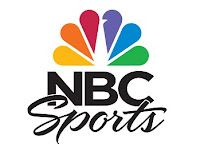 In this week’s episode, Rodgers discusses his love of fishing and going off the grid, the importance of rectifying his relationship with Brett Favre, and his respect for Tom Brady as he continues to excel into his 40s. Rodgers and the Packers will face Brady and the Patriots next week on Sunday Night Football.

Tirico speaks with Azinger about his new role as the lead golf analyst with NBC Sports, including his thoughts on the resurgence of Tiger Woods, the aspect of pressure in golf, what makes a golfer truly “great,” and his approach to broadcasting.

Following are excerpts from Tirico’s interviews with Rodgers and Azinger:

Rodgers on his first time feeling embraced by the Packers fan base in 2008: “We played an 0-15 Lions team that we were expected to beat…we pulled away at the end and we were 6-10. I remember walking off the field and getting a big-time ovation. Still, to this day, it gives me the chills and sometimes will choke me up because I think about how it was difficult at times during that offseason and during the year. But that moment will always stay with me.”

Rodgers on rectifying relationship with Favre: “Now I consider him a close friend. We talk a bunch. I went down and visited with him a couple of days in the offseason…it was tough the first year. They draft this young kid from California. He’s 36 turning 37, not ready to retire, the strains that put on our relationship – now we can look back and have a lot better appreciation for each other, for me appreciating what he was going through, for him understanding what it was like to be 21 and play with one of your idols, and it’s been great to make up for lost time with Brett.”

Rodgers on Brady: “Tom and I have known each other for a long time now. He was always great to me as a young player. He’s a pioneer as far as how he takes care of his body and has been able to have sustained greatness late into his 30s and now into his 40s.”

Tirico: “Just please tell me that you don’t have a pair of the TB12 recovery pajamas.”

Rodgers on Brady’s mobility: “I tease him. I feel like he’s gotten more mobile as his career has gone on. You never used to see Tom take off and run. Every now and then now he’s taking off, he had a big one in the Super Bowl, like 15 yards.”

Azinger on resurgence of Tiger Woods: “Watching Tiger Woods right now is like watching a living, breathing miracle. He’s doing it on our watch…I feel for those guys that said they wanted a piece of Tiger Woods. There’s more that comes with Tiger Woods than just that game. He brings that crowd, he brings those black pants, and the shirt that’s the color of blood. Be careful of what you wish for, fellas, because Tiger is back.”

Azinger on replacing Johnny Miller: “I’m not filling his shoes, because you can’t. I’m just going to go in there and try to be myself. I talked to Johnny for about 20 minutes the other day, and he said, ‘You know Zing, I walk around when I’m out looking at the course in the morning, and everybody says, ‘Keep telling it like it is, Johnny.’ And he said, ‘The reason you’re doing this and you’ve gotten good at it is because you tell it like it is.’”

Azinger on what causes golfers to choke: “It seems like it’s almost taboo to talk about the money…truth be told, there’s only two things that we choke for – one is cash, and the other is prestige. The most prestigious events will cause you to choke the most. If you can’t win it, it’s all about the money. If you’ve got a putt to finish in third by yourself, or finish in third tied with six people, that’s the only other thing that’s going to get your attention at that level.”

Azinger on greatness: “I always felt like ‘great’ was the most overused word. Personally, I would say you would be a great player if you ever got on the Tour, or if you ever won your club championship. But true greatness is Tiger, Snead, Hogan, Nelson, those types of players…I think that in this day and age, it requires power. You have to do three things well to play great golf. You’ve got to drive that ball, you’ve got to hit great wedges, and you’ve got to make putts when you need them the most.”
Posted by Blogger at 1:35 PM