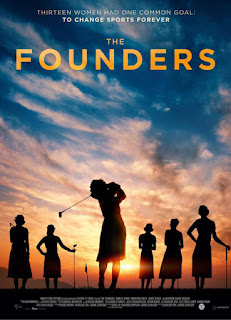 THE FOUNDERS chronicles the stories and impact of the founding 13 members of the Ladies Professional Golf Association as they fought to overcome incredible odds in 1940’s America to form the longest running women's sports organization in the world. Although fierce competitors in an intensely individual sport, The Founders worked as a team to shift the public's perception of what it meant to be a lady on the links. While their male counterparts drew adoring crowds and handsome purses for their athletic achievements, The Founders used money from their own pockets to stage tournaments in small, far-flung towns that questioned whether female golfers were even worth watching.

In the face of criticism, these women broke boundaries, set records and built a family. Today, the LPGA is the oldest continuing female professional sports organization in the United States, and through golf clinics, scholarship programs and thriving charitable foundations, The Founders still work to ensure that women have a lasting place on the green.