(RELEASE) - RYAN MOORE has withdrawn from the 2017 U.S. Open Championship on Thursday, June 8 because of an injury. 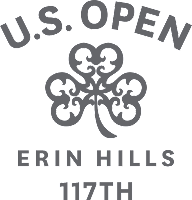 Moore, who was fully exempt and has competed in 10 U.S. Opens, will be replaced in the field by Michael Putnam, of University Place, Wash., the first alternate from the Columbus, Ohio sectional qualifying site.