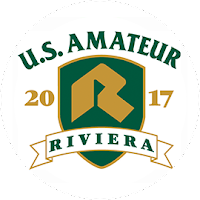 “Bringing the USGA’s oldest championship to Southern California for the first time since 1976 at two of the nation’s most prominent clubs in Riviera and Bel-Air is richly rewarding,” said Stuart Francis, USGA Championship Committee chairman. “The U.S. Amateur and its iconic Havemeyer Trophy, given to the champion, are held in the highest esteem by amateurs across the country and the world. Our entry numbers reflect that significance.”

Sixty-four players are fully exempt into the championship and the remaining places in the 312-player field will be filled through qualifying at 100 sites across the country and in Canada, Mexico and Puerto Rico between July 3-25. Forty-five states will host qualifying, with host state California leading the way with 13 sites.

In addition, 46 of the top 50 players in the World Amateur Golf Ranking (as of June 21) are in the field, including No.1 Joaquin Niemann, of Chile; No. 2 Maverick McNealy, of Portola Valley, Calif.; No. 3 Dylan Meyer of Evansville, Ind.; No.4 Braden Thornberry of Olive Branch, Miss.; and No. 5 Collin Morikawa, of La Cañada Flintridge, Calif.

The USGA accepted entries from golfers in all 50 states, including 1,099 from California, as well as 48 other countries. The highest number of entries accepted for the U.S. Amateur is 7,920 for the 1999 championship.

The first entrant was Brett Robinson from Tustin, Calif., and Nicholas Caruso, of Lawrence, Mass., submitted the last entry, 35 seconds before the 5 p.m. (EDT) deadline on June 21.

To learn more, visit usga.org.
Posted by Blogger at 11:05 AM