The 117th U.S. Open at Erin Hills Calls for Exacting Precision to Crown a Champion 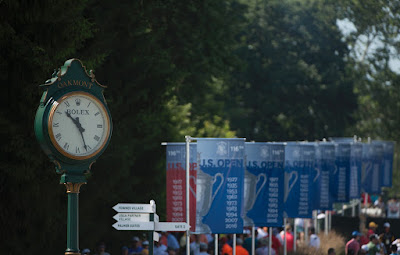 (Geneva, Switzerland) – The 117th playing of the U.S. Open, for which Rolex has partnered with the conducting Association, the USGA, as official Timekeeper since 1980, will welcome golf’s finest players to Erin Hills, Wisconsin for the first time in the championship’s history, from 12-18 June 2017.

The U.S. Open is widely regarded as “golf’s ultimate test”, dating back to the inaugural U.S. Open Championship played at Newport Golf Club (Rhode Island, USA) in 1895. The list of U.S. Open champions includes many of golf’s greats, representing a proverbial “who’s who” of the sport. None can claim this status more than Rolex Testimonee Jack Nicklaus, who holds the record for Major golf’s most championship titles at 18.

2017 marks 50 years since Nicklaus won his second of four U.S. Open titles, and for Rolex, 50 years of unwavering support of golf since first forming an alliance with another great champion, Arnold Palmer, in 1967. These two Americans, with South African friend, rival, and fellow Testimonee, Gary Player, the triumvirate known cumulatively as the “Big Three” amassed a total of six U.S. Open victories between them and, in doing so, helped inspire generations of golfers to come.

Following in the footsteps of the “Big Three”, Rolex Testimonees Tom Watson and Curtis Strange further secured their iconic status within the game with victories at the U.S. Open, in 1982 for Watson, his third Major win; and in 1988 and 1989 for Strange. Strange became only the second man to win consecutive U.S. Open Championships in the modern era of the sport.

Since the turn of the millennium, four more Testimonees have celebrated winning one of Major championship golf’s most coveted trophies. Tiger Woods won his first U.S. Open in 2000, the first Major of what would come to be known as the “Tiger Slam”, when he held all four of the sport’s Majors. Sitting just four Major titles behind Nicklaus’s record tally of 18, Woods last won the U.S. Open in 2008, despite suffering a significant leg injury whilst competing in the championship.

With two victories, in 2001 and 2004, South African Retief Goosen joins Tiger Woods as the only golfer to have won more than one U.S. Open in the 21st Century.

Martin Kaymer and Jordan Spieth are the most recent Testimoness to have claimed the U.S. Open title, in 2014 and 2015, respectively. A number of prodigious young professionals are right behind, eager to savour their first taste of Major victory. They are represented by the Rolex New Guard – a new generation of golfers who, like the “Big Three” before them, want to assert their authority on the sport and in doing so inspire future generations of athletes to follow them. Among these Testimonees are Daniel Berger, Jason Day, Matthew Fitzpatrick, Rickie Fowler, Brooks Koepka, Thomas Pieters, Jon Rahm and Justin Thomas.

Rolex is renowned worldwide for precision, performance, reliability, and uncompromising quality; attributes the Swiss watch brand recognizes in its elite family of golfing Testimonees. In all, nine Rolex Testimonees have lifted the U.S. Open Trophy on no less than 16 occasions.

Speaking of the depth of Rolex’s relationship with the USGA, the organizers of the U.S. Open, and more widely with golf, Mike Davis, the USGA’s Executive Director & CEO, said: "When you think of companies that are deeply passionate about the game and globally connected to its most celebrated moments, Rolex quickly rises to the forefront. Their support permeates the core of golf, beyond championships and players to the rules, history and etiquette."
Posted by Blogger at 5:00 PM