Sandra Palmer, Nancy Scranton To Be Inducted into Legends Hall of Fame at French Lick Resort 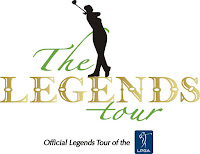 Palmer, a native of Fort Worth, Texas, and Scranton, a native of Centralia, Ill., will be inducted on Saturday, July 8, into the Legends Hall of Fame -- a permanent exhibit featured at French Lick Resort in French Lick, Ind.

The induction will be held in conjunction with the Senior LPGA Championship presented by Old National Bank, set for July 10-12, at French Lick Resort. This year’s event will be sanctioned by the LPGA as a senior LPGA major championship and will feature many members of The Legends Tour.

“I was speechless – really stunned, but deeply honored to learn that I will be a part of the Legends Hall of Fame,” said Palmer, who now lives in Long Beach, Calif.

“I feel very honored to be recognized in this way by The Legends Tour and by French Lick Resort,” added Scranton, who now lives in St. Augustine, Fla.

“It has been such a blessing to be a part of this great group of women and French Lick Resort has not only hosted The Legends Tour Championship for the past four years, but it also created a home to showcase the best women golfers in our history,” Scranton said.

While she is a native Texan, Palmer grew up and played junior golf in Bangor, Maine. She attended North Texas State University, where she was runner-up in the 1961 National Collegiate Championship. She was also a four-time winner of the West Texas Amateur and won the 1963 Texas State Women’s Amateur Championship.

Palmer turned professional and became an LPGA Tour member in 1964. She went on to win 19 professional events, including major championships at the 1972 Titleholders Championship and 1975 U.S. Women’s Open.

She is a Class A LPGA Teaching Professional and has been recognized as one of the nation’s top-50 LPGA teachers. Palmer currently is the director of women’s golf at Arroyo Trabuco Golf Club in Mission Viejo, Calif.

In addition, Palmer has played in more than 30 Legends Tour tournaments and routinely still competes in the Legends Honors Division for players age 63 and over.

“It’s wonderful that the Legends Hall of Fame has a home and that a competition for senior women professionals has a worthy stage,” said Palmer. “French Lick definitely brings out the best in your game.”

Collegiately, Scranton attended both Florida State University and the University of Kentucky, where she registered three top-five finishes, including two collegiate tournament wins. Scranton was named to the 1983 All-Southeastern Conference list.

The Illinois native qualified for the LPGA Tour on her first attempt and was a rookie in 1985. She went on to win three LPGA tournaments, including one major championship – the 1991 du Maurier Classic. In addition, she was a member of the 2000 U.S. Solheim Cup Team

After giving birth to twins Libby Jane and Luke Scranton in 2004, Scranton began competing on The Legends Tour, where she has won five times and posted 16 top-10 finishes.

Scranton has also been a stalwart on The Legends Tour’s Team USA for its ISPS Handa Cup competitions, on which she has contributed 19 points and compiled an 8-6-3 match record in the team matches event.

With their induction this summer, Scranton and Palmer will become the ninth and tenth members of the Legends Hall of Fame.

“I was really caught off guard when I found out about this induction,” added Scranton. “I was out of the country visiting my sister and her family in Italy, so it was fun to get to celebrate the news with her.”

Annual inductions include one active member of The Legends Tour who is still regularly competing in official Legends Tour events and one semi-retired Legends Tour member who has made a significant impact on the game during her LPGA and Legends Tour careers.

For more information about The Legends Tour, visit www.thelegendstour.com.
Posted by Blogger at 11:01 AM