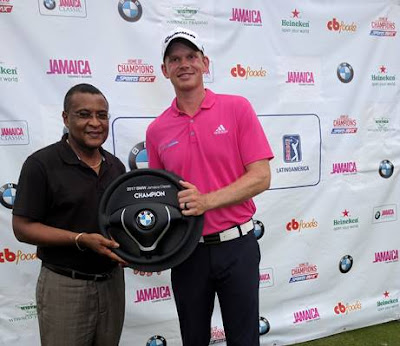 A part of the PGA Latin America Tournament, the BMW Jamaica Classic featured 144 players from more than 20 countries and included a Qualifier on June 12, a welcome reception on June 13, the Pro-Am on June 14 and the Classic from June 15-18.  The final event of the first half of the tournament, the BMW Jamaica Classic provided PGA TOUR Latinoamérica members one last chance to earn Order of Merit points before the midseason reshuffle.