(PHOENIX) – Fresh off appearing in his first Masters, and two days after turning professional, Corey Conners capped a memorable week by signing an agreement to play PING equipment, PING Chairman & CEO John A. Solheim announced. He’s making his professional debut at the RBC Heritage, playing on a sponsor’s exemption. 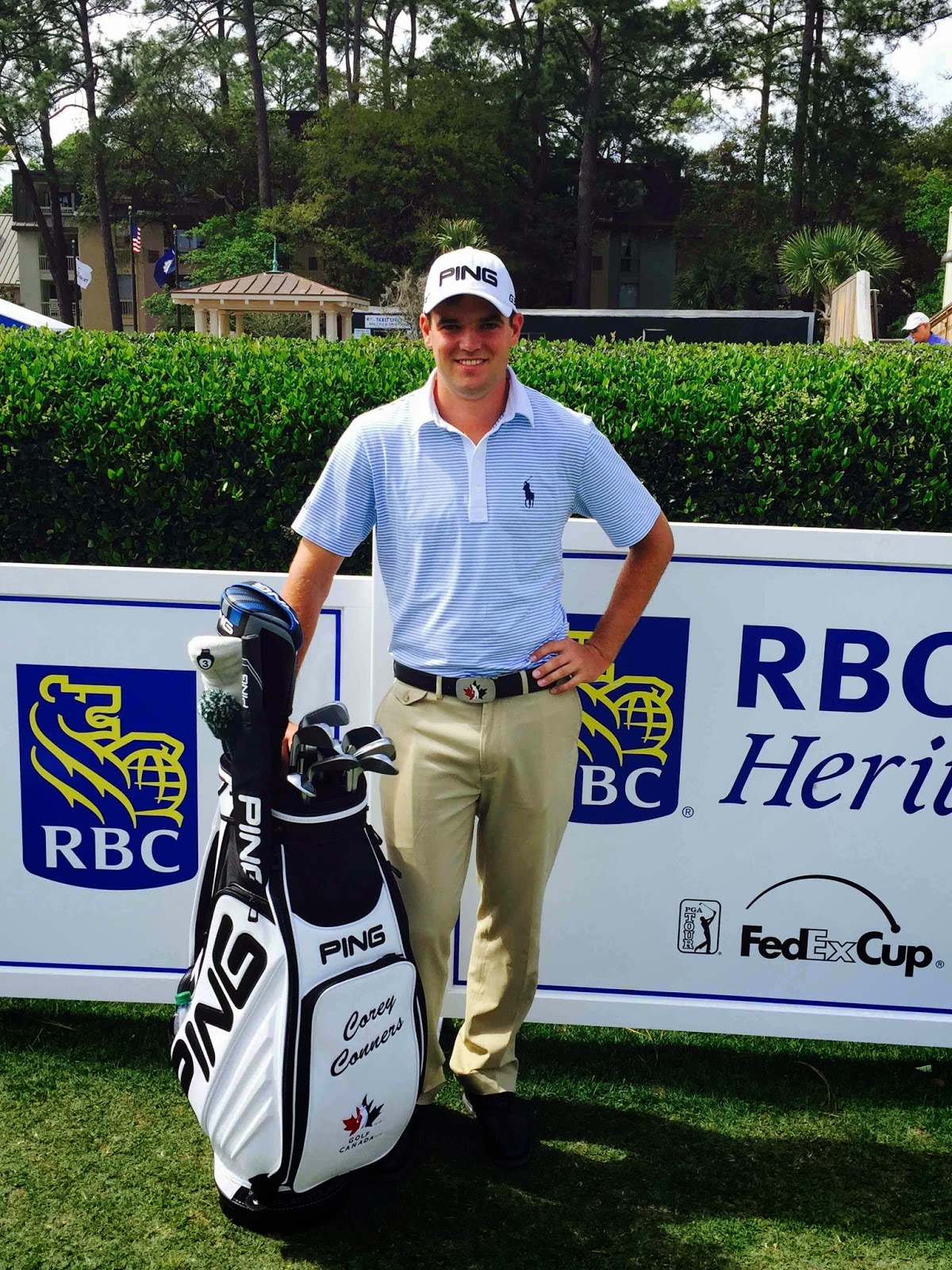 Conners is a 2014 graduate of Kent State University, where he won three times as a senior. He was recently #1 in the Golfweek World Amateur Rankings, and last year was runner-up in the U.S. Amateur, which earned him an invitation to this year’s Masters. The 23-year-old Canadian from Listowel, Ontario, was a four-year member of the Golf Canada National Team and champion of the 2014 Jones Cup.

“Corey’s recent performances have received attention, but in fact he captured our interest years ago and it has been fun to watch his steady climb in an amateur career built on consistency, which will serve him well,” Solheim said. “He is an accomplished player with a number of prestigious titles. We’re delighted to have Corey as part of our team and we’ll be watching the RBC Heritage with extra interest as he begins his pro career playing alongside the game’s best.”

“Competing at Augusta, then turning pro and now signing with PING, it’s been an incredibly rewarding and memorable time for me,” Conners said. “Making my professional debut on the PGA Tour is a huge honor, and I am looking forward to the challenge and playing the PING equipment that I trust. I’m really happy to be affiliated with such a respected brand that’s known for its quality and innovation.”

As part of the multi-year agreement, Conners will wear a PING hat, carry a PING staff bag and play a minimum of 11 PING clubs. Financial terms and the length of the agreement were not disclosed.
Posted by Blogger at 8:28 AM