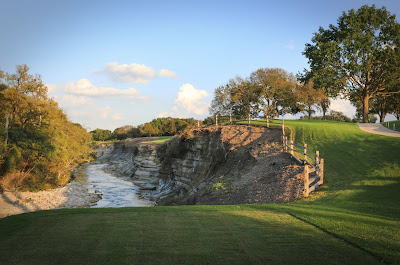 The club has been named the No. 1 Best Elite Country Club in DFW Area


(Norman, OK) — The Northwood Club in Dallas was recently recognized as the Best Country Club in Dallas/Fort Worth in the Elite Category and also honored as the Best Course Renovation of the Year by AvidGolfer DFW Magazine.  The renovation work was conducted by architect Tripp Davis and Associates (TDA). Davis’ redesign was called “astounding” and “fantastic,” and his work was praised for “keeping the course mostly intact while using subtlety to update the layout.”

AvidGolfer also highly ranked the 14th hole at Northwood Club as the Best Par 5 and the best tee shot in the Dallas/Fort Worth Metroplex.

“I am honored to have Northwood recognized by AvidGolfer Magazine as the Best Elite Country Club and Best Renovation in Dallas/Fort Worth,” said Davis. “Our approach was to restore the original character found in Mr. Diddel’s greens, rebuild the bunkers to reflect Diddel’s style, and reposition bunkers and tees to be more strategically relevant for today’s game. To see our work elevate the status of Northwood is very gratifying.”

Originally designed by William Diddel in 1946, Northwood hosted the 1952 U.S. Open making it one of only three courses in Texas ever to have hosted this championship. Northwood also has been the site for several regional USGA, local North Texas PGA and AJGA tournaments.

Starting in 2016, TDA oversaw an 18-month major renovation of the historic course and unveiled a refreshing new look to its membership in April 2018.

TDA and builder Landscapes Unlimited restored all tees, greens and bunkers and reshaped most fairways, along with providing new cart paths, drainage and a new irrigation system.  TDA introduced Northbridge, a new Bermudagrass, which is used over the entire course with the exception of the Bentgrass greens.  In addition, creeks on the property were restored and a new irrigation lake was built to help the club recapture more water. Trees that were hiding the quality of the land were removed. Davis and his crew also rebuilt the practice facilities, including the driving range, and designed a 4 hole “Short Course” to broaden the playing options, especially for junior golfers. The “Short Course,” with holes ranging from 50-120 yards long, opened late November 2017.

For more information about Tripp Davis and Associates, visit the website at www.tdagolf.net or call 405-447-5259.
Posted by Blogger at 6:30 AM