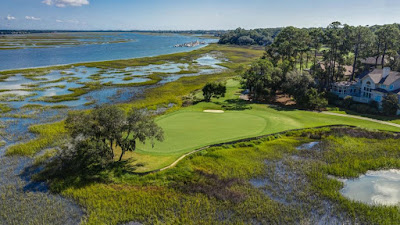 (PONTE VEDRA BEACH, Florida) – Bobby Weed Golf Design (BobbyWeed.com) has been hired to continue conducting planning and advisory services at Long Cove Club, in Hilton Head Island, S.C., on the heels of the design firm’s successful restoration last year of the golf course. The layout, designed by Pete Dye in 1981, is often considered one of his most authentic and well-preserved designs.

“Long Cove wishes to protect its heritage and preserve its status as an authentic Pete Dye design, never more relevant than now, with Alice Dye’s recent passing,” said Bobby Weed. “With its original featuring, innovative land plan and colorful history, it is perhaps one of the most significant courses in the timeline of golf course design.”

This project is especially meaningful, as Long Cove was Weed’s first assignment with Pete Dye and the genesis of Bobby Weed Golf Design.

“Long Cove was the beginning of my career in design and construction, and of my nearly forty years’ relationship with Pete,” Weed said. “It is a club and course that we are incredibly proud to be associated with.”

Constructed right after TPC Sawgrass, the golf course at Long Cove Club represents a “time-machine” look into Dye’s work during one of the most productive and brilliant periods of his career. The legendary Long Cove construction crew, directed by Weed, included several future golf course designers, including Weed himself, Tom Doak, PB Dye, Ron Farris and Scott Pool.

“Many of Pete’s courses have been tinkered with, often by the man himself,” Weed said. “That is not the case at Long Cove, which is largely untouched.

“Our main task is to maintain that authenticity. Preserving one of our generation’s more forward-looking and contemporary courses is a great honor and fit for us.”
Posted by Blogger at 6:00 AM