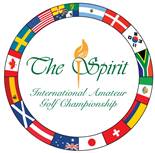 The Spirit International is an Olympic-like experience that includes an opening ceremony, festive dinner parties and a closing ceremony.  Camp Olympia, one of the premier summer camps in the U.S., provides International Village accommodations for the competitors.  The tournament was established in 2001 at Whispering Pines.

Lewis, a decorated amateur who joined the LPGA Tour in 2008, has a distinguished professional career with 12 tour wins, including two major titles.  The Houston resident returned to play in the first LPGA event of the year following the birth of her daughter Chesnee last October.  She finished an impressive sixth after a five month break from competitive golf.  Lewis currently ranks 9th on the LPGA’s career money list and 6th among active players.

Lewis also was invited by Whispering Pines Golf Club’s founder Corby Robertson, Jr. to serve as an ambassador for the inaugural Spirit Charity Challenge that will be played at the club on October 7.  Some of The Spirit International’s top alumni will return to compete in this special event that will award the winner a prize of $100,000 to donate to the charity of their choice.  The charity tournament should generate excitement for the November Championship and will be a festive reunion for Spirit International alumni.

to compete for their countries at the No. 1 rated golf course in Texas,” said Robertson.  “Our commitment is to promote global goodwill through the game of golf.  The friendships made and memories shared among the participants make for an all-world experience.   I believe The Spirit International has made an immeasurable impact on the global golfers, volunteers and sponsors who participate.”

For more information about The Spirit International Amateur Golf Championship, visit www.thespiritgolf.com.
Posted by Blogger at 6:30 AM