(ORLANDO, Fla.) – PGA and LPGA Professionals are preparing to bring tens of thousands of kids and their families together around fun, inclusive and engaging co-ed team golf experiences at facilities nationwide this year. Player registration for the 2019 season of PGA Jr. League officially kicks off Jan. 30, and consumers can visit PGAJrLeague.com to learn more, find a nearby team, and register online. 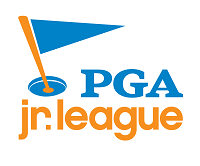 In November, PGA Jr. League announced its first Ambassadors from outside the golf industry – Golden State Warriors All-Star and two-time NBA MVP Steph Curry; and Olympic Gold Medalist and FIFA Women’s World Cup Champion Alex Morgan – who will leverage their widespread fan bases to promote the program to an audience that may not be familiar with golf. They join Ambassadors Rory McIlroy, Michelle Wie, Rickie Fowler and Lexi Thompson.

“PGA Jr. League’s ability to engage the entire family and create a sense of community in our sport is undoubtedly changing the game,” said PGA President Suzy Whaley, PGA/LPGA. “This is a positive indicator for the future of golf, thanks to the thousands of PGA and LPGA Professionals who coach these fun, exciting and memorable family experiences.”

PGA Jr. League has proven successful in providing boys and girls of all backgrounds and skill levels the opportunity to learn and play golf together, all with expert instruction and coaching from PGA and LPGA Professionals. The program is typically offered for boys and girls ages 7-17, though player age range varies by facility.

This year, PGA Jr. League’s 16u (16 and under) age division is expanding to a 17u division, to accommodate the growing number of golfers ages 14-17 who have aged out of the 13u program, but are still interested in league play. Additionally, the recreational season will open March 1 this year, giving Captains the flexibility to start their programs one month earlier. To meet growing demand, recreational fall leagues are being introduced nationally from August through October, which adds an entirely new season to the program.

PGA Jr. League is the flagship youth pillar program of the PGA of America’s 501 (c)(3) foundation, PGA REACH, with the goal of making the program accessible to all interested kids in the United States and around the world. Through PGA REACH’s partnership with DICK’S Sporting Goods Foundation Sports Matter grant, scholarships are available on a limited basis to players of participating facilities who meet financial need requirements or are from a military family. To date, nearly 2,200 scholarships have been provided to boys and girls nationwide.

For the 19 percent of PGA Jr. League players who identify as competitive golfers, the PGA Jr. League Postseason is a fun and aspirational finish to recreational season play. Nationwide, 10-player All-Star teams compete for the opportunity to advance through Section Championships to one of 12 Regionals, and ultimately to the PGA Jr. League Championship presented by National Car Rental at Grayhawk Golf Club, Oct. 11-14.

For more information on PGA Jr. League, visit PGAJrLeague.com.
Posted by Blogger at 6:00 AM