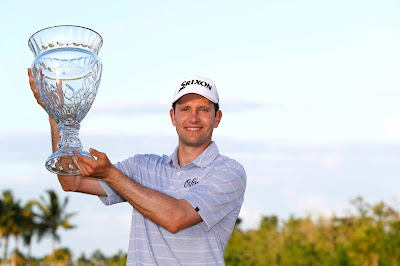 (RELEASE) — In only his 11th PGA Tour start, Srixon staffer and rookie Martin Trainer captured his first PGA Tour win at the Puerto Rico Open. Trainer got off to a hot start in the final round and finished with seven birdies on his way to a five-under 67. Trainer, who credited his all-new Z-STAR golf ball, was in total control throughout the final round on his way to victory.