UltraViolet Says USGA’s Decision to Go Forward with Tournament at Trump Golf Course Shows the Organization is “Standing by a Serial Sexual Predator, Instead of Their Athletes”

(BEDMINSTER, NJ) — Starting July 14 and continuing through July 16, UltraViolet, a national women’s advocacy organization, will protest the US Women’s Open being held at Trump National Golf Course in Bedminster, New Jersey.  For months, UltraViolet had called on the USGA and LPGA to sever ties with Donald Trump, arguing that it is wildly inappropriate for one of the world’s most prestigious women’s golf tournaments to give millions of dollars in revenue, free advertising, and branding to Donald Trump, a self-admitted serial sexual predator and unapologetic misogynist. 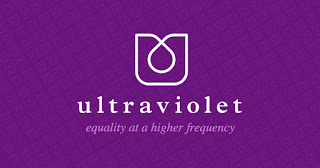 As part of the actions - tournament attendees will be greeted with a plane banner flying over Trump National in Bedminster calling out the USGA for holding that tournament at a golf course owned by a self-professed sexual predator.

WHEN: Friday, July 14th. Noon - 2 p.m. ET
WHERE:  Trump National Golf Course. Bedminster, NJ.
THE PLANE BANNER WILL READ: USGA: STAND WITH WOMEN, NOT TRUMP
Over the weekend, a digital truck billboard will circle the Bedminster golf course with messages from news columnists about why the USGA’s decision to hold the US Women’s Open at Trump’s golf course.   The billboard will also feature some of Trump’s more vile and sexist comments about women and juxtapose that with a message slamming the USGA for doubling down on their association with Trump’s brand.

WHEN: July 15 and July 16. 10 a.m. - 3 p.m. ET
THE BILLBOARD WILL BE PARKED AT: Clarence Dillon Public Library 2336 Lamington Rd, Bedminster Township, NJ 07921. The billboard will be parked at the library from Noon to 1 p.m. ET on Saturday and on Sunday.
VIEW THE TRUCK BILLBOARD CREATIVE: https://www.flickr.com/photos/weareultraviolet/albums/72157683741560641
On Sunday, UltraViolet members will rally outside Trump’s Bedminster course, expressing outrage at the USGA for doubling-down on their relationship with Trump and putting the athletes competing at the US Women’s Open in the impossible position of having to defend playing on a sexist, serial sexual abuser’s golf course.

WHEN: July 16. 10:30 a.m. ET
LOCAL CONTACT: Melissa Byrne | 609-364-4267
FOR MORE INFORMATION: https://www.facebook.com/events/304996056632244/
Earlier this week, USA Today reported that the Trump Organization threatened to sue the USGA and LPGA if they moved the US Women’s Open from Trump’s Bedminster course and many have mentioned that Trump is likely to be at Bedminster this weekend, and attend the US Women’s Open.

“By allowing the US Women’s Open to go forward at Trump’s Bedminster golf course, and continuously defending their association with Trump, the USGA has shown their cards: They are more interested in standing with a serial sexual abuser and notorious misogynist than they are with promoting and supporting the stellar female athletes playing at the US Women’s Open this week.

“The reality is simple - the USGA has done nothing but defend their association with Donald Trump and his toxic brand from day one - putting the players at the US Women’s Open in the impossible position of having to play on a course named for a serial sexual abuser of women, one who will profit from this tournament directly.

“We are outraged that the USGA has decided to stand with a sexist and obscure the talents of the great women playing at the US Women’s Open.  These athletes deserve better.”

UltraViolet launched their campaign calling on the USGA and LPGA to sever ties with Trump and move the location of the US Women’s Open in October of 2016.  As part of the campaign, UltraViolet has:
- Flew plane banners over the Bank of Hope Founders Cup in Arizona, the ANA Inspiring Women in Sports Cup in California, the US Men’s Open in Wisconsin, and the US Senior Open in Massachusetts, calling on the LPGA and USGA to “Dump Trump.”
- Held a protest  at the Bank of the Hope Founders Cup. As part of the action, UltraViolet members handed out golf balls and golf ball-patterned beach balls that read: “LPGA: Dump Trump.”
- Organized several progressive advocacy organizations - including Color of Change, Courage Campaign, CREDO, Democracy for America, NARAL Pro-Choice America & Make It Work - in a letter penned a letter urging the LPGA to move the U.S. Women’s Open out of Trump National Golf Course. The letter was sent to USGA and LPGA corporate sponsors.

More than 100,000 UltraViolet members signed the petition calling on the USGA and LPGA to show young golfers, especially women and people of color, that it stands for an inclusive and strong future to the support by severing ties with Trump and moving the tournament.

UltraViolet is an online community of more than 1,000,000 people who want to take collective action to expose and fight sexism in the public sector, private sector and the media. Find out more at WeAreUltraViolet.org.
Posted by Blogger at 4:50 PM