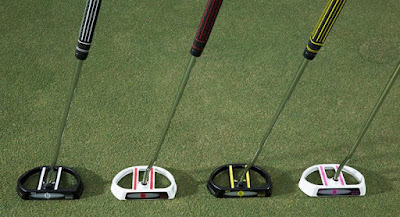 (JEFFERSON, Ohio) - Rookie Xander Schauffele birdied the 18th hole recently at the Greenbrier Classic to capture his first PGA Tour victory at the age of 23.  Sir Isaac Newton, in 1666, developed his theories of gravitation when he was only 23 years old. “If Sir Isaac Newton was a golfer, he would have designed the L2 MOI MAXX,” said John Ambrose, President of L2 Putters. 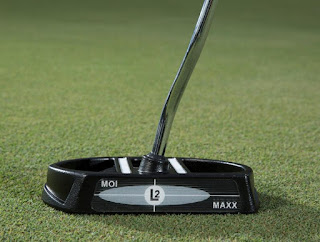 Ambrose, a retired commercial airline pilot, has studied the physics of putting for more than a decade and has launched the L2 MOI MAXX offering the largest (6.25 inches toe to heel) and heaviest (620 grams) putter in golf.  Combined with the total club weight of the head, shaft and grip, the L2 MOI MAXX provides the most stable, accurate ball striking and distance control putter on the market.

Motivated by a belief that golfers have been misled and brainwashed about putting, Ambrose explained that golfers are constantly micromanaging and manipulating their putters and putting stroke due to the poor design and performance of small light-weight putters. He believes it’s time that golf evolves from the tee box to the putting green and with the help of the famous physicist Newton, he’s out to prove it.

Newton’s First Law - An object in motion continues in motion with the same speed and in the same direction. 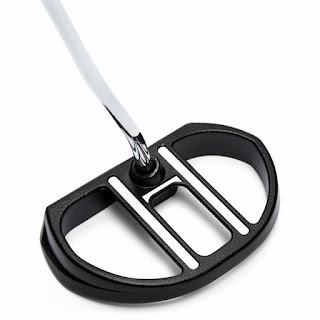 The L2 MOI MAXX with its high MOI encourages a pure, gravity-fed, big-muscle, pendulum motion.  Applying the same amount of backstroke size creates the same amount of down stroke energy, if golfers allow the putter to fall through the  ball without any outside forces asserted by the fingers, hands or wrists. This repeatable “dead-hands” motion allows the club to descend into the ball with the same direction as it was started. “Giving up control of the putter is not easy to do, but the trade-off is a pure stroke that is worth the learning curve,” said Ambrose. “Dependable and repeatable mechanics is vital to transferring accurate touch and feel analysis to your stroke.”

Size matters. The size and weight of the L2 MOI MAXX requires a greater amount of force in order to get it moving. The L2 MOI MAXX engages the big muscles of the arms and shoulders instead of the adrenaline sensitive small muscles of the fingers, hands and wrists. The large sweet zone on the putter face measures 3.5 inches minimizing off-center hits.  “The higher MOI and gravity-fed design of the L2 MOI MAXX provides a rhythmic, yip-proof tempo for optimum distance control and a solid down-the-line stroke,” said Ambrose. “It increases confidence and quiets the doubt between your ears. That’s important from inside three feet.”

Newton’s third law: For every action there is an equal and opposite re-action.

Every time golfers attempt to putt, motion is created. This motion is a reaction to the need to move the ball toward the hole. The less reaction used throughout this process, the less influence will be applied to the club and ball.

“Our need to over control the putter in order to obtain the desired results is not an accident,” concluded Ambrose. “By using the average light, unstable, easy to manipulate putters on the market, the need to control and micromanage the club is real, and the reason you see the creative hand grip positions being used by tour pros. Quite frankly, it’s the putter stupid.”

The L2 MOI Maxx embraces Newton’s laws of physics and with the help of gravity will improve your putting.  PGA.com recognized the L2 MOI MAXX as one of the “Best New Putters” at the 2016 PGA Show. For more information, video tips, and to order your custom designed L2 premium putter go to www.L2putters.com.
Posted by Blogger at 12:16 PM