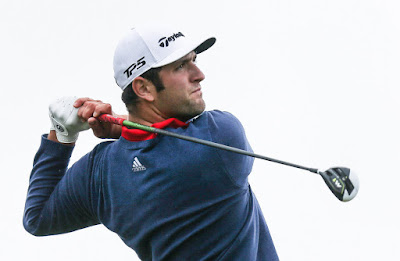 (Carlsbad, Calif.) - Battling the elements, Jon Rahm displayed once again the play that has put the golf world on notice in his his first full season on Tour as he claimed his second victory of 2017 and first on the European Tour with a thoroughly dominant performance at Portstewart Golf Club. Rahm's total to par was the lowest in the event's history by three shots and is also the lowest of the season on the European Tour.

What You Need to Know:
- Capitalizing on his tremendous power with the 2017 M2 Driver, Rahm averaged more than 10 yards longer off the tee than the field (301 yards, 8th in field).
- Rahm plays the 2017 M2 Driver set to 10.5* one click lower with an Aldila Tour Green TX 75 shaft, the same setup he's had since the Career Builder Challenge in January.
- Rahm's victory is the 25th global victory for TaylorMade's '17 M Drivers, more than any other manufacturers.
- TaylorMade had 3 drivers in the top 4 (including ties) with Rahm, Rose and Im.
- Gaming his P750 Tour Proto Irons, Rahm hit an impressive 81.9% of Greens in Regulation - 4th in the field. He's relied on the P750s all season, and has his set (5-9, PW), equipped with True Temper's Project X 6.5 shafts.
- Rahm's putting was simply brilliant, carding 23 birdies and 4 eagles with his Spider Tour putter, the most sought after putter on both the European & PGA TOURs this season.
- Rahm's total to par (-24) was the lowest in the event's history.