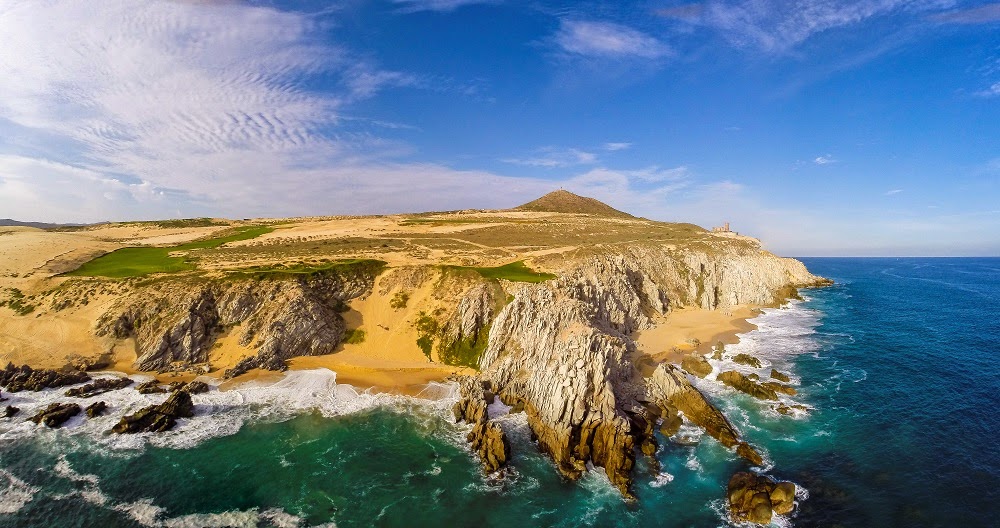 (Los Cabos, Mexico) – Quivira Golf Club, the stunning new Jack Nicklaus Signature Golf Course recently unveiled at the tip of the Baja Peninsula in Los Cabos, has been selected as the “Best New International Course” of 2014 by GOLF Magazine in its January 2015 issue.

“We are truly honored to be recognized as a world-class facility,” said Enrique Gandara, Vice President of Sales and Marketing.  “All of us at Quivira and Pueblo Bonito Resorts and Spas are gratified by the great compliments bestowed on our course by the media and by golfers who have experienced our fantastic layout. GOLF Magazine’s award further reinforces the realization of our vision.”
For the past 10-plus years, GOLF Magazine, one of the sport’s most respected publications, has chosen the best new courses of the year, both in the U.S. and internationally.

In his report in the January 2015 issue of the publication, Joe Passov, GOLF Magazine’s Senior Editor (Travel/Course Rankings), described Quivira as “…a wild layout featuring 350 feet of elevation change, including three cliff-top jaw-droppers that dive into massive dunes even as they soar high above the Pacific. Arroyos, dune ridges and mountains all factor into the round, as do accessible greens and strategic bunkering.”

Nicklaus, named the “Architect of the Year” in the same issue, “enjoyed a sensational year,” Passov wrote, noting that “Jack reigns supreme in his preference for downhill holes and spectacular visuals.
“Nicklaus is probably the greatest player of all time,” Passov reported. “Amazingly, he’s forged a majestic design legacy that approaches the greatness he achieved on the course.”

The formal opening of Quivira marks a watershed moment in the history of golf development in Los Cabos, a destination revered for its consistently sunny weather and unique mountain-desert-ocean ecosystem. In addition to its stunning panoramas and sharp drops from tee to fairway, Quivira offers players more oceanfront exposure than any other course in Los Cabos. All 18 holes feature panoramic views of the Pacific Ocean, which swells with breaching whales during the winter months.

Completing the experience at Quivira Golf Club is a stylish, thatched-roof clubhouse between the first tee and 18th green that offers a large rectangular bar, a casual steakhouse, and ample outdoor seating overlooking the sea. Beside the clubhouse is a spacious double-ended practice facility that parallels the ocean, as well as an elongated practice putting green and an expanded short-game practice area.

Quivira Golf Club is accessible to guests of the four Pueblo Bonito Oceanfront Resorts and Spas in Los Cabos, and to owners of properties in Copala, Montecristo Estates Luxury Villas, and Novaispania Residences.  Each of the Pueblo Bonito Resorts welcomes guests with lavish accommodations, unsurpassed service, fine dining and a host of on-site amenities.  Complimentary shuttle service to and from Quivira Golf Club is included within the Quivira development.
Posted by Blogger at 9:47 AM