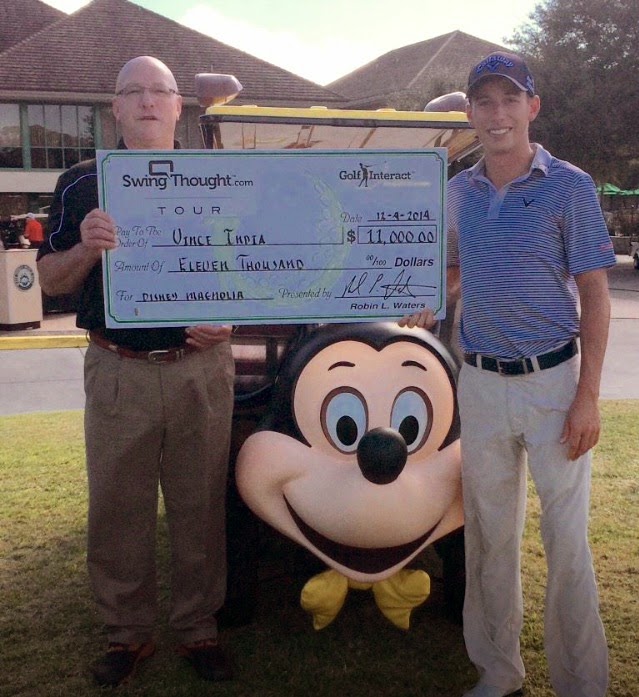 India was the only player to score in the 60's all three rounds on his way to a one shot victory over England's Greg Eason, who starred at Central Florida. The Magnolia course at Walt Disney World Resort has hosted multiple PGA TOUR events and had winners such as legends Jack Nicklaus, Payne Stewart, and even Tiger Woods and now India can add his name to the list of professionals to have won there. India received $11,000 for the win while Eason earned $5,175 for being runner-up.