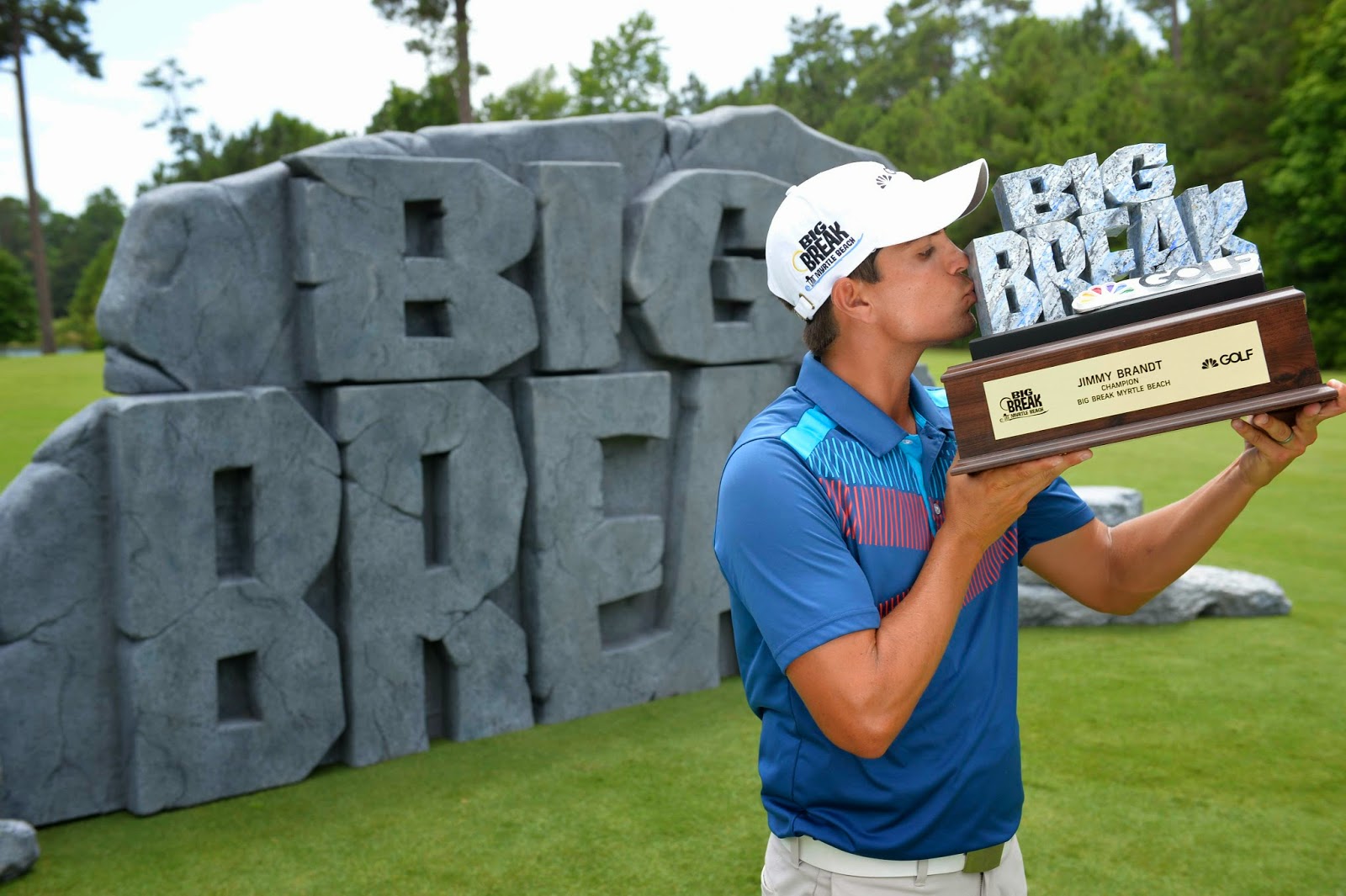 Brandt Earns Exemption to the 2015 Valspar Championship and More Than $100,000 in Cash and Prizes

Contested at the Fazio Course at Barefoot Resort & Golf in North Myrtle Beach, S.C., the match was all square through nine holes, with Brandt winning three out of the first five holes on the back nine to take a commanding lead.  After Peterson failed to convert his par on 17, he conceded the hole to Brandt, who closed out the match 3&1.

“I can’t believe it, this is surreal right now,” said an emotional Brandt following the conclusion of the match.  “This is going to change my life.  Biggest win of my career and the greatest thing that has ever happened to me.”

As champion of Big Break Myrtle Beach, Brandt will receive an invitation to compete in the PGA TOUR’s Valspar Championship, March 12-15, 2015.  In addition, he will receive:
· $75,000 in cash, including $5,000 courtesy of Dick’s Sporting Goods, $10,000 courtesy of Macanudo and $10,000 courtesy of Adams Golf.
· Full, exempt status to the 2015 SwingThought.com Tour with all entry fees paid.
· An endorsement contract from Adams Golf.
· $10,000 in car rental credit courtesy of Avis Car Rental.
· $10,000 in travel credit courtesy of Travelocity.
· A seven-day, six-night all-expenses paid return trip to Myrtle Beach with accommodations provided by North Beach Plantation and six rounds of golf that can be played at any of Myrtle Beach’s 100 premiere golf courses.

As a result of winning challenge prizes during the course of the series, Brandt also earned:
· $7,500 cash, courtesy of Macanudo
· $2,500 in car rental credit courtesy of Avis Car Rental

SERIES FORMAT: Produced in partnership with Myrtle Beach Golf Holiday and South Carolina Tourism and filmed at Barefoot Resort and Golf in Myrtle Beach, S.C. in June, Big Break Myrtle Beach featured a cast of 12 (six men and six women).  Contestants were eliminated each week, with the last player standing being awarded his or her Big Break.

Golf Channel’s Big Break show concept pits highly skilled golfers against each other in a variety of challenges that test their physical skills and mental toughness.  For the past 21 seasons, Golf Channel’s Big Break competition series has proven to be the launching pad for many aspiring professional golfers looking to take that next step in their golf careers, including PGA TOUR winners Tommy “Two Gloves” Gainey and Matt Every, and U.S. Solheim Cup participants Kristy McPherson, Gerina Piller and Ryann O’Toole, all playing full time on the PGA TOUR and LPGA Tour, respectively.  Several other past Big Break competitors will be competing on the world’s top tours in 2015, including Tony Finau (PGA TOUR), Mallory Blackwelder, Katy Harris, Sadena Parks and Jackie Stoelting (LPGA Tour) and Rich Cochran, Hugo Leon, Justin Peters and Mark Silvers (Web.com Tour.)