(Norcross, Ga.) – Mizuno Brand Ambassador Stacy Lewis capped off her most successful season on the LPGA Tour by capturing all three LPGA Tour Awards – the Rolex Player of The Year, Vare Trophy, and for the first time her in her career, the money list honors. Utilizing Mizuno’s JPX-825 Pro Irons, a JPX-850 Hybrid, JPX-850 3 wood and MP- T11 wedges, Lewis shot 4-under in the CME Group Tour Championship finishing in a tie for ninth place to finish off the best season for an American golfer since Betsy King in 1993. 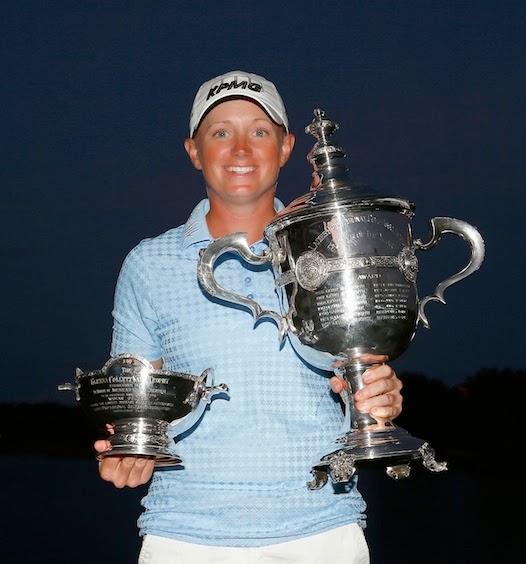 Lewis, earning three victories on the LPGA Tour in 2014, defended the Vare Trophy by finishing the season with a scoring average of 69.32. It was the closest competition ever on Tour for the season’s lowest scoring average with four players finishing with a sub-70 average, including Inbee Park (69.59), Michelle Wie (69.71) and So Yeon Ryu (69.95).

“Stacy had an awesome season this year, and we would not have expected any less,” said Chuck Couch, Vice President of Product Management, Golf Division for Mizuno USA, Inc.  “Stacy is an amazing player who continues to demonstrate all the qualities of a world-class golfer and someone we’re very proud to support. We congratulate Stacy on the most successful year of her career.”