Go Inside the Science Behind adidas Golf Innovations 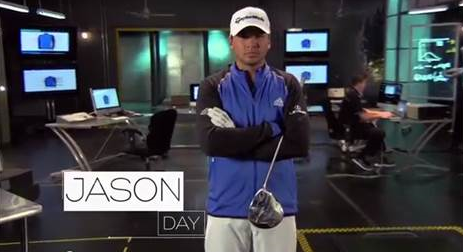 (Carlsbad, Calif.) – adidas Golf, an industry leader in innovation, technology and performance footwear and apparel, announced the release of the first of six videos highlighting the company’s constant pursuit of innovation to create the highest performing apparel and footwear for the best players in the world.

To visually demonstrate the proof points and key technologies within the 2014 apparel and footwear collection, adidas Golf Tour staff professionals Jason Day and Dustin Johnson were subjected to a series of rigorous tests and interactive experiments to simulate the extreme environments both professional and amateur players experience on the course throughout the year.

John Brenkus, six-time Emmy Award winner, creator of "Sport Science" and New York Times best-selling author of "The Perfection Point," hosts the series that brings the science behind each innovation to life. Tested both with and without the new apparel and footwear for consistency and accuracy, both athletes’ performances were closely measured and compared by highly advanced data capturing tools and were presented graphically through a series of unique and engaging videos – one for each of the six key technologies to be unveiled by adidas Golf throughout 2014.