TaylorMade Golf’s PROJECT (a) is Amateurs’ No. 1 Choice of at AT&T Pebble Beach National Pro-Am 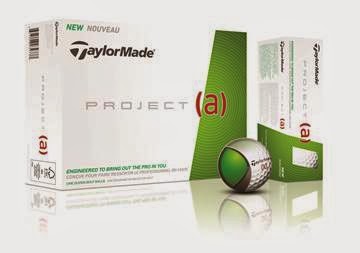 Nearly 60% of the Amateur Field Playing a TaylorMade Brand Ball

(CARLSBAD, Calif.) – TaylorMade Golf announced last night, via its official Twitter handle (@taylormadegolf), that its new Project (a) golf ball was played by 53% (83 of 156) of the amateur field at this week’s AT&T Pebble Beach National Pro-Am, and that Project (a) was played by more amateurs than all Titleist, Callaway, Bridgestone, Srixon and Nike golf balls combined. Overall, nearly 60% (93/156) of AT&T’s amateur field played a TaylorMade brand ball this year, compared to last year when only 20 amateurs played a TaylorMade ball.*

The “a” in Project (a) stands for “amateur,” and the reason for its creation is simple: Amateur golfers generate less spin than Tour professionals. Project (a) is designed to deliver more spin on mid irons, short irons and shots around the green; resulting in enhanced control and increased scoring opportunities.

The high-spin performance of Project (a) is rooted in Soft Tech, a cast urethane cover that’s TaylorMade’s softest and most durable to date. At $31.99 per dozen, Project (a) is one of a few golf balls at its price point ($31.99) with a urethane cover. For more information, visit taylormadegolf.com.

“The number of Project (a) golf balls in play this week demonstrates that, with the right message, product and performance, players will switch,” said Dean Snell, vice president of golf ball R&D. “For these amateurs, playing at Pebble Beach is the highlight of their year, and to see them test Project (a) a few weeks before the event, or in some cases the week of, and make the change is a true testament to the product’s performance.”

TaylorMade officially launched Project (a) earlier this week with amateur competitors on the Pebble Beach driving range, and also by announcing a month-long promotion that gives consumers the chance to receive a free sleeve of Project (a) golf balls; TaylorMade is prepared to give away up to 10,000 sleeves. Learn more here.

*Claim based on ball amateur player count at the 2014 AT&T Pebble Beach National Pro-Am according to Darrell Survey Co. The trademarks referenced herein are the intellectual property of their respective owners.
Posted by Blogger at 2:19 PM