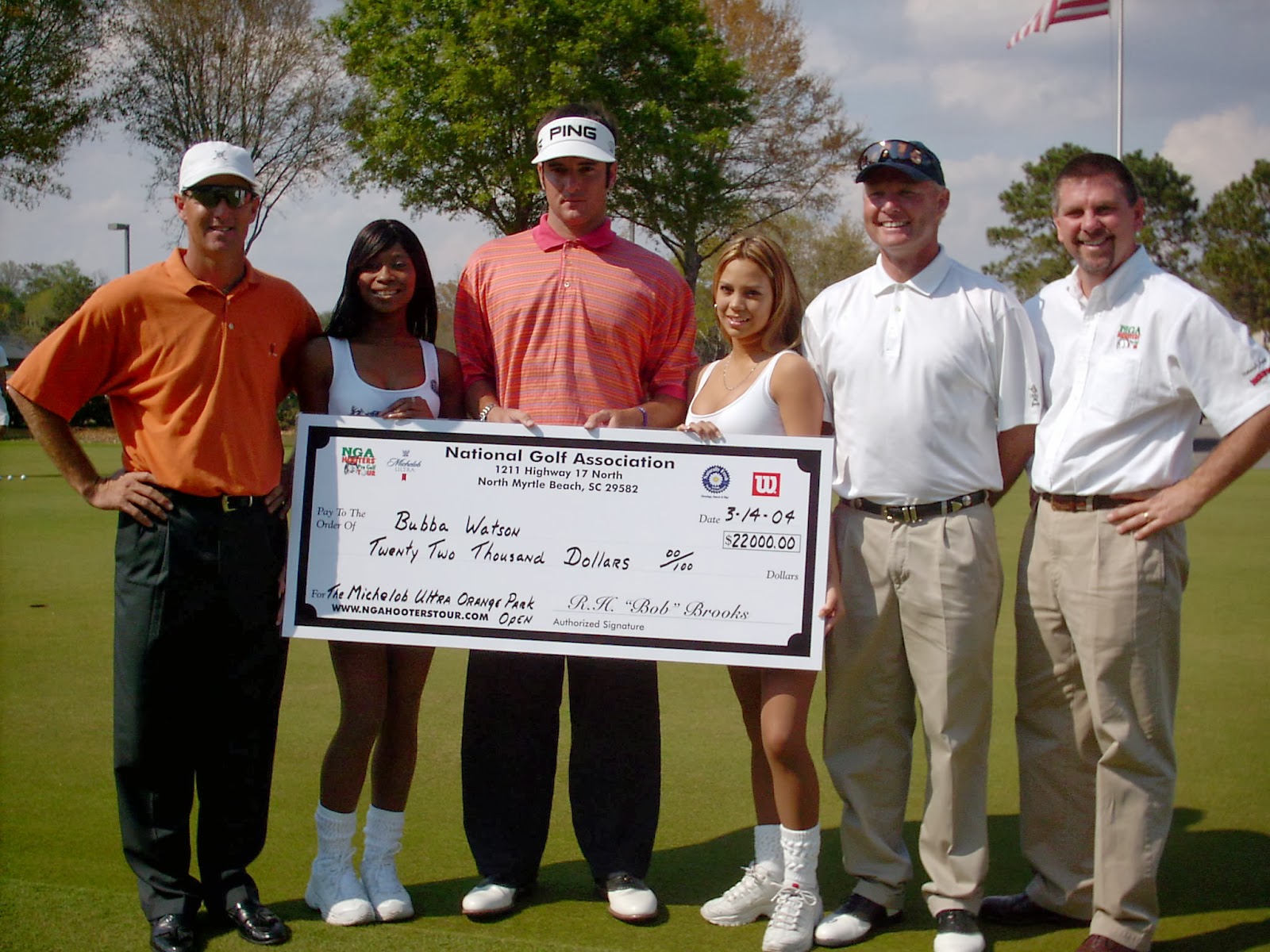 (Pacific Palisades, Cal.) – Almost 10 years ago to the day, future PGA Tour stars Bubba Watson, Will MacKenzie, Scott Piercy, Josh Teater, Blake Adams, and Bubba Dickerson were all competing on a different tour, the NGA Tour at an event in Orange Park, Florida. This past week, 10 years later, on the opposite coast, and playing on THE TOUR, the results came out just about the same with Bubba Watson, as he had done 10 years earlier, grabbing the win.

Altogether 49 NGA Tour alums competed in the February 13-16 Northern Trust Open held at the Riviera Country Club in Pacific Palisades, Cal. Watson received $1.2 million for the win, a long cry from the $22,000 he earned for his win at Orange Park a decade earlier.

If the season holds true to that of the NGA’s in 2004, keep an eye out for Will MacKenzie. Following his runner-up finish to Watson at Orange Park, MacKenzie won three times on the NGA Tour on his way to earning Player of the Year Honors. And, if you’re looking for a good fantasy pick up for this week, you’d be wise to jump on Bubba Dickerson as he won the week following Orange Park that year. NGA Tour alum Blake Adams had a better go this time around, finishing tied for 27th after missing the cut at Orange Park 10 seasons ago. NGA alums Dickerson and Teater were not as fortunate, missing the cut as compared to placing those years ago. Piercy, like Watson and MacKenzie, made the cut in both events, finishing 77th this past week.