(CARLSBAD, Calif.) – Entering the final round with a four shot lead, recently-signed TaylorMade-adidas Golf Tour Staff professional Anna Nordqvist (@ANordqvist) carded a final round 68 for a wire-to-wire win at the Honda LPGA Thailand Championship over a field filled with many of the world’s highest ranked players. The win is the 26-year-old Swede’s third career LPGA Tour victory and first since capturing the 2009 LPGA Tour Championship. 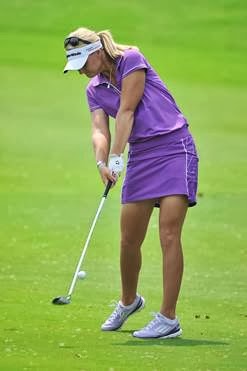 “It's been a while, but I'm just so happy to finally break through again,” said Nordqvist. “Just unbelievable to get that win again. You know, it was a grind this off‑season, but sitting here with the trophy it was well worth it.”

With the win, Nordqvist earned 500 points in the Race to the CME Globe standings and is projected to jump to 14th in the Rolex Women’s World Golf Rankings.