Stacy Lewis to be Subject of SEC Network Documentary August 26

(RELEASE) - As announced at 2018 SEC Media Days in Atlanta in July, SEC Network is launching an extensive slate of films this fall, including three new documentaries featuring Southeastern Conference legends Stacy Lewis, Fran Tarkenton and Grantland Rice, respectively. In addition, SEC Network is adapting a 30 for 30 Shorts documentary, “The Sweat Solution,” adding additional footage and storytelling to create an SEC Storied film to debut in September.

A promising young golfer from Houston, Stacy Lewis was diagnosed with scoliosis at age 11. For the next seven years, she wore a brace 18 hours a day, except for when she was out on the golf course. As she finished high school, she received devastating news that she’d need career-threatening surgery. Lewis fought through it all to go to the University of Arkansas on the scholarship that was honored even after the surgery. She arrived at school only able to swing a putter. Two years later, she was SEC champion, and the next year, NCAA champion.

As a pro in 2008, Lewis became the first American woman in 18 years to earn the world’s top ranking. In 2017, the weekend after Hurricane Harvey devastated her hometown, she broke a long tournament drought, and donated the entire winner’s check to storm relief, spearheading a wave of donations.

Directed by Kenan Holley, “Stacy’s Gift” is the story of an athlete and a competitor who has never let anything hold her back. Advance press screeners are available upon request. 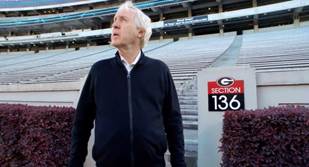 Maybe the most important decision Fran Tarkenton ever made was in 1957, when as a high school senior leading Athens High School to the Georgia state championship, he went with his heart and chose to go to the University of Georgia over Georgia Tech and Auburn. The rest is football history.

Directed by Jay Jackson and Ryan Kelly of NFL Films, “Scramblin’ Fran” tells the story of the quarterback’s unlikely rise at Georgia, highlighted by a memorable SEC title in 1959. The film traces his steps toward a long, successful pro career that saw him go from an unconventional, trailblazing “scrambler” with the Vikings to veteran savior with the Giants, to an icon in Minnesota who, in his second stint with the team, led them to three Super Bowls.

Now a successful entrepreneur, Tarkenton will proudly retrace his steps – from his beginnings in Georgia all the way to a return visit to Athens for “G-Day” in 2018 – in this documentary about a football legend.

"The Sweat Solution" explores the inception of the original Gatorade formula set against the 1965 and 1966 seasons of the Florida Gators football team.

Originally produced for the 50th anniversary of Gatorade’s creation, the film revisits the stories of so many of those who were involved in testing the original formula, including Dr. Robert Cade's wife, co-inventor Dana Shires, players Steve Spurrier, Larry Smith, Jim Yarbrough, coach Ray Graves and others. 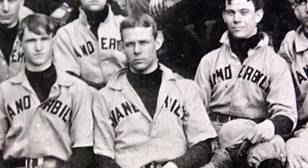 In the annals of sports writing, there is no more hallowed figure than Vanderbilt graduate Grantland Rice. By his own estimate, over his half-century career, Rice wrote more than 22,000 columns, 7,000 sets of verse, and over a thousand magazine articles. Rice was friendly with Babe Ruth, Jack Dempsey, Christy Mathewson, Babe Didrikson, and Bobby Jones, and with his pen, maintained a ruling perch across the sports world for the first half of the twentieth century.

But his story began in the heart of SEC country, as “Granny” Rice was born in Murfreesboro, Tenn., went to Vanderbilt, and then began a remarkable journalism career, with his first job at the Nashville Daily News for $5 a week.

This is the story of not an athlete but an observer, poet and storyteller – a giant in the world of sports. Directed by Joe Lavine, “By Grantland Rice” is a unique opportunity to relive sport’s golden era through the eyes of a reporter who had a front row seat to it all.
Posted by Blogger at 6:38 PM