Holidays are early this year! 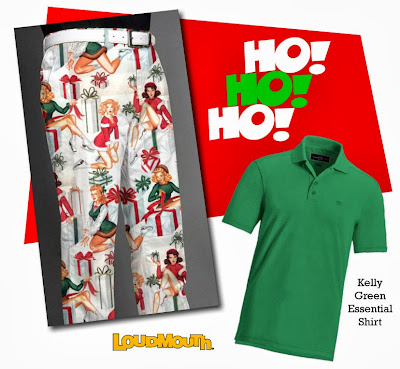 Loudmouth is advertising its Holiday design, Ho! Ho! Ho! early this year because stock is VERY LIMITED!!! If you score a pair of these candy canes, you will be among a select and happy few. What better way to lighten up the parties between Thanksgiving and New Year’s Eve! Available for men and women. The kids will love it! 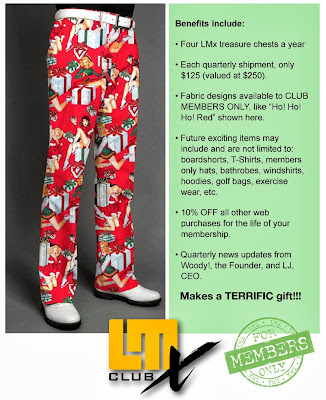 LMx Club is available worldwide for $125US per quarter plus fixed shipping of $15 to the US and $30 everywhere else! Worldwide LMx Club

Who ARE These Guys? 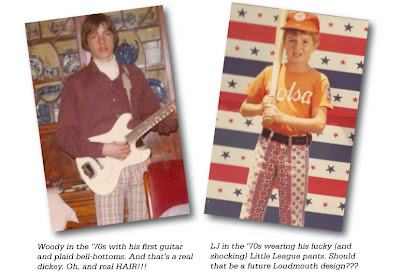 Continued from last e-blast...
This is the second of multiple installments of how Loudmouth began, and where these dandies (Woody and LJ) came from.

As you can see in the photos they were into groovy pants at an early age. They both remember watching golf and seeing photos of early seventies golfers in Golf Digest wearing those memorable stripes, plaids and houndstooths of the era.

They wandered 40 years, like the Israelites searching for the promised land flowing with milk and honey, trying to find the most unique and flashy pair of pants in the store, begging their moms to buy them.

Woody recalls going to Zayre in Cranston, RI in 6th grade for a back-to-school sale with his mom. He was allowed two pants and two shirts. “With only two picks I wasn’t going to waste them on anything plain. It took an hour of walking the aisles until I found bright yellow pants, and printed plaid corduroys.”

LJ remembers wearing these surprisingly groovy pants to the first game as an 8 yr. old shortstop for the Bolsa Little League Minor B Tigers and won. “I wore the same pants in game 2 and we won again. ‘The Streak’ was born. The team wouldn’t let me wear any other pants the rest of the season. I batted 2nd, played shortstop, stole bases, so I slid a lot and beat those pants up! My mom washed and patched them weekly to keep ‘The Streak’ alive. The Tigers went undefeated and won the Championship all due to ‘The Pants.’”