History of The Mustache Open 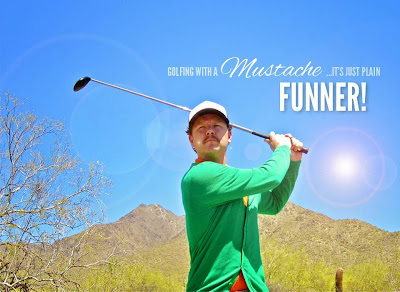 The inaugural Mustache Open two man scramble took place in June of 1999. It was held in a small town outside Lincoln, Nebraska and consisted of 80 dudes sporting sweet staches. Aside from flag prizes, prizes were given to the best two man team and to those sporting the best, dirtiest, and worst mustaches. Over the years, the Mustache Open has grown to be known as the best mustache golf tournament in the world. The list of great sponsors has grown each year and has helped to make for a great tournament with awesome prizes.

But it’s not just about the prizes, or even that proud flag of manliness emblazoned on your lip. The tournament is matching the power of your facial hair with local charities in need. So stand tall, Mr. Moustache. With every swing, you’re doing your part to make your community a much smoother place. Just like that patch on your face.

Charity
Participate in this life-changing experience by growing a mustache and playing in The Mustache Open. Mustaches have long been the most charitable of all facial hair, and here at Mustache Command, we have enacted a program lovingly referred to as MIMBY, or Mustaches in My Back Yard.

As the facial fuzz fest travels across this fine nation, a portion of the proceeds from each event will go directly to a local charity in the city that hosts the event. It’s a veritable tour-de-make-things-better.

Local family needs help getting back on their feet? Grow a mustache. Women’s shelter reeling from a cut in funding? Grow a mustache. Impending zombie apocalypse? Call the Pentagon. And then grow a mustache. Because nothing says “Don’t mess with me, zombie scum!” like a fine lip rug.

You hear that? Hunger, poverty, illness, hate, zombies? Across this line on my face, you shall not pass.

Golfing with a mustache … It's just plain funner!

For more information, visit www.mustacheopen.com.
Posted by Blogger at 2:42 PM