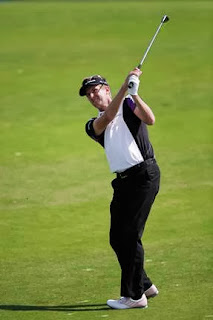 (CARLSBAD, Calif.) – Tied for 16th after the third round, TaylorMade-adidas Golf Tour Staff professional David Lynn carded an 8-under 63 in the final round to win the Portugal Masters by one stroke today at the Oceanico Victoria Golf Course in Algarve, Portugal. The win marks the second European Tour title for Lynn, who bagged the new SLDR Driver, Lethal Golf Ball and wore Limited Edition adizero Tour footwear.

A full-time member on the PGA TOUR starting in 2013, Lynn’s six-stroke come-from-behind victory is the largest final round comeback on the European Tour in 2013 and moves him inside the top 40 in the Official World Golf Ranking.