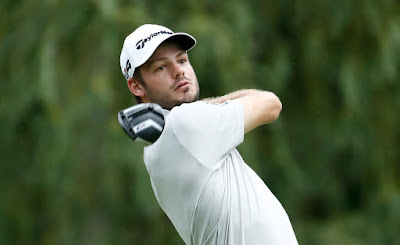 (Carlsbad, Calif.) – TaylorMade Golf Company announced today that current US Amateur champion Doc Redman has chosen to sign a long-term agreement with the company as he embarks on his professional career. The collegiate standout is making his PGA Tour debut (as a pro) this week at the Memorial Tournament in Muirfield.

The 20-year-old from Raleigh, NC, helped Clemson to a 13th place finish in the NCAA Championships while finishing T15th as an individual; he holds the school's scoring average record with 70.70. After playing in the Arnold Palmer Invitational, RBC Heritage and the Masters as an amateur, Redman will forgo his automatic U.S. Open and Open Championship invites to begin his professional career.

"I can't wait to get started on my professional career here at the Memorial Tournament and I'm delighted to be doing that alongside TaylorMade. Their equipment simply performs and has really made a difference to my game during my amateur career and time at Clemson," Redman said.
Posted by Blogger at 9:37 AM