Four-time PGA TOUR Winner and Current #11 in OWGR, Fowler Chooses TaylorMade’s Flagship Tour Ball for Next Phase of his Career

(Carlsbad, Calif.) – TaylorMade Golf Company, an industry leader in product innovation and technology, announced that it has signed 4-time PGA TOUR winner and one of the most recognizable players in the game today, Rickie Fowler, to a multi-year contract to play TaylorMade’s flagship golf ball franchise, TP5x. The announcement comes after Fowler first reached out to the company in the fall of 2018 with an interest in exploring TaylorMade’s premier Tour balls, the TP5 & TP5x.

With the switch, it marks the first time in both Rickie’s amateur and professional career he’s played a new ball brand in competition. 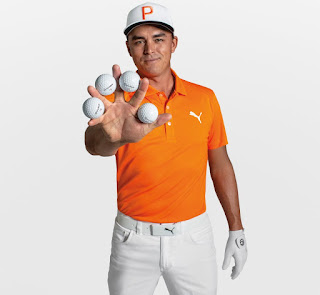 "A lot of the best players in the world are playing pretty damned well with them. It's no joke.”
Rickie Fowler, on TP5 & TP5x

The signing is a decisive move by the company that reaffirms its global commitment to putting the highest performing golf ball on Tour in the hands of the most dominant players in the world.

"We are extremely excited to welcome Rickie to the TaylorMade family. He is one of the great athletes in the game today and even more so, an incredible representative of our sport. Rickie’s decision to come to TaylorMade and play our TP5X golf ball further reinforces our belief that if you make the best performing products, the best in the world will choose to play them." -David Abeles, TaylorMade CEO

After extensive testing in the off-season, Fowler decided that the best performing golf ball for his play is the new TP5x. As an homage to his roots in motocross, Fowler will play the number 15 on his ball. In addition to the golf ball, Fowler will also wear TaylorMade’s premium glove offering – the Tour Preferred Glove, the glove of choice for TaylorMade Tour players constructed from premium materials for optimal comfort, fit and feel.

“It’s been fun to see what the ball can do. Extra yardage on irons, more spin around the green. One less club for me into many holes is a pretty big advantage, too. What more do you want?" -Rickie Fowler

TaylorMade introduced the 2019 TP5 and TP5x golf balls earlier this month, following the resounding global success of their predecessors on worldwide tours. With Fowler, 6 of the top 12 players in the Official World Golf Rankings have now put either the ‘19 TP5 or TP5x in play, further validating its world class performance. The 2019 models feature a new Speed Layer System with High-Flex Material (HFM), the fastest material the company has ever used in a golf ball.

“We knew the performance of our golf balls would motivate Rickie and ease the transition away from the ball he’s played his entire career. With his decision to choose TaylorMade, Fowler becomes yet another top player in the world to make the switch from the perceived #1 ball into TaylorMade and that only further validates our product as the best in the world.” -Eric Loper, Director of R&D, Golf Balls

Rickie will put the TP5x into play beginning this week, when he kicks off his 2019 PGA TOUR campaign at the Farmers Insurance Open at Torrey Pines. With the switch, Fowler joins fellow TaylorMade Tour staffers Dustin Johnson (TP5x), Jon Rahm (TP5x), Rory McIlroy (TP5) and Jason Day (TP5x), each of whom has already made the switch into the new 2019 golf balls at Kapalua. The all new TP5 & TP5x golf balls will hit retail shelves around the world on February 15.

For more information on Rickie, the TaylorMade Tour staff or the 2019 TP5 & TP5x golf balls, visit TaylorMadeGolf.com.
Posted by Blogger at 8:00 AM