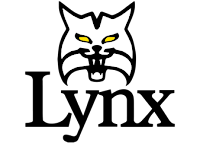 The result of nearly a decade of trials and testing, Prowler VT brings a new level of customization to the high-performance driver category. Other adjustable drivers change loft by rotating the clubhead around the hosel, resulting in the face sitting open or closed relative to the target. Switch Face Technology allows golfers to change the true loft of the hitting surface while keeping the clubhead square to the ball.

Prowler VT is designed with an entirely removeable face that is secured to the clubhead via attachment screws. At launch, the company will offer faces in five lofts (8, 9, 10, 11 and 12) with varying open and closed settings (2- degrees closed, 1-degree closed, square, 1-degree open, 2-degrees open). This will give golfers 25 different loft and face angle options initially, with more planned to follow.

“Lynx has always been a brand that pushed the boundaries of equipment design in order to help players of all skill levels improve,” says Steve Elford, CEO and co-owner of Lynx Golf. “Switch-Face Technology represents the latest in a long line of innovations that have changed the world of golf clubs for the better.”

Additional benefits of the Prowler VT include an increased MOI, the result of moving weight once occupied by an adjustable hosel to the perimeter of the driver head via the face’s attachment screws. Greater ball speed and forgiveness will be created by the Effective Energy Transfer system, which will be found inside each face, which equally disperses the ball’s impact force throughout the hitting surface.

The Lynx Prowler VT with Switch-Face Technology will be sold with a free face of the customer’s choice, with individual faces available separately. Pre-orders are being taken now, and will be fulfilled on a first-come, first-served basis. The Prowler VT with Switch-Face Technology comes in either an Orange/Black or White/Black colourways. Each driver comes stock with UST Mamiya Recoil shaft and a Golf Pride MCC Plus4 grip. Additional shaft and grip options are available for a charge.

Founded in the 1970’s by John Riley Sr. and Carl Ross, Lynx Golf quickly established a large and loyal following among the game’s best players. This included legendary ambassadors who trusted the brand to help them capture victories at the 1992 Masters and 1994 US Open, among other wins.

More recently, in the UK in 2011 Lynx was licensed to Charles Claire LLP, based in Weybridge, Surrey, owned by husband and wife Elford and Zinser. In 2013, Charles Claire fully acquired the Lynx marque for the UK and Europe, and just over a year ago it acquired the Global Lynx Trademark Portfolio from Dick’s Sporting Goods in the USA.

Under the new UK ownership, Lynx Golf has become one of the great success stories in the golf industry, recording double-digit annual sales increases every year since 2013. In 2018, sales were up 50% year-over-year and the company now has more than 1000 live retail accounts in 15 European countries.

Its renowned product lines include everything from TOUR-caliber clubs, such as the Prowler VT irons, to products geared for mid-to-high handicappers. At the professional level, the brand continues to draw talent, as its ambassadors include the legendary Dame Laura Davies and former European Tour standout, and current Sky Sports TV presenter, Nick Dougherty, as well as Lydia Hall, Becky Brewerton and Trish Johnson.

For more information visit: www.Lynxgolfusa.com.
Posted by Blogger at 6:00 AM