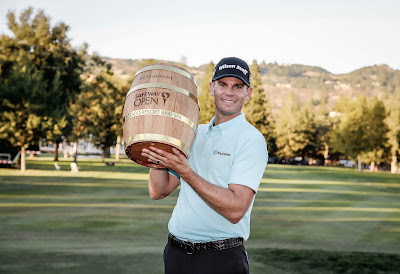 Following a final round 69 and a birdie at 18, Brendan Steele became the first repeat champion in Safeway Open tournament history.

“I am extremely pleased with the performance of my Wilson Staff irons,” commented Steele, who joined the Wilson Advisory Staff in January of 2015. “I’ve always felt comfortable here in Napa and I’m thrilled that I was able to secure my third career PGA TOUR victory in my home state. I’m looking forward to another very successful season on tour with Wilson Staff.”

“We are thrilled to congratulate Steele on his third PGA TOUR win and second season-opener in Napa,” said Tim Clarke, President of Wilson Golf. “Since he has switched to Wilson, he has been a valuable addition to our Wilson Advisory Staff and we look forward to seeing him thrive on tour this season.”