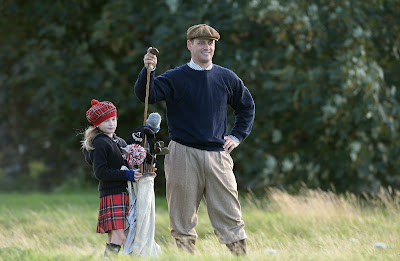 (RELEASE) - In continued trying conditions, the players of the 13th LinkedGolfers World Hickory Open showed amazing patience, concentration and above all their sense of humour as they tee’d off at Kilspindie Golf Club on Scotland’s Golf Coast.

With players from 13 countries from around the world, from as far as the USA and Scandinavia, competition was fierce. However, it was a Scot who walked off with the ultimate prize in Hickory golf. Fraser Mann from Carnoustie, after several years of trying, is the LinkedGolfers 2017 World Hickory Open Champion. His scores of 71 and 70, for a total of 141, are impressive scores in any period, but even more surprising when achieved with clubs that date back 100 years. 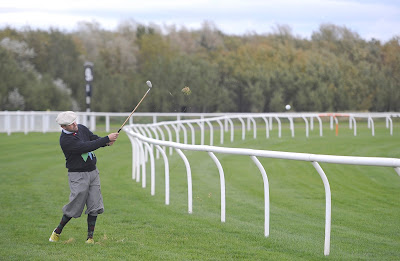 Competition consisted of a large number of international amateur and professional golfers. As in past years, the field reflected most of the best exponents of hickory golf in the world. Indeed, the organizers were delighted with support from more than a dozen countries. Out of the 120 competitors, 28 arrived from Switzerland, where their game is centered on Engadine near St Moritz, where members also tend indulge in toboggan racing in the winter on the infamous Cresta Run.  But don’t be bluffed by these remarkable facts, the Swiss are serious hickory golf experts. For example, Paolo Quirici is one of the top seeds this year, and he was Championship winner in 2013.

It also true that the game is sufficiently challenging to eliminate the wanabes. Indeed 80% have competed in the past. That said, the game continues to grow in this extraordinary but incredibly beautiful new location of Scotland’s Golf Coast.

Sweden is the other European country to embrace hickory golf at a very accomplished level. With literally thousands playing the game back home. The World Hickory welcomed 19 of them this year.

The next largest team was not unsurprisingly from the USA, where former champ and one the world’s best known known hickory adherents, former US champion Mike Stevens, comes from. In addition, England led by Andrew Marshall from Norfolk has been well represented this year. Andrew was our Open champion at Carnoustie in 2015. Other nations entered included both Austria, Denmark and another half dozen countries, emphasising the rapid growth of the game at a European level.

Whilst Fraser Man was one of those representing Scotland, a small team of talented international junior golfers from Loretto’s much vaunted Golf Academy, led by former Hickory Champion Rick Valentine have also been playing this week. 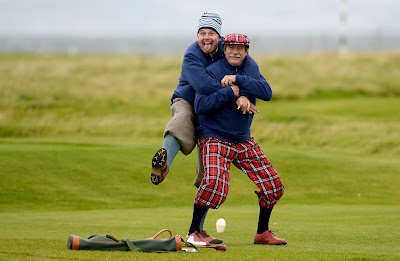 Some wonderful outfits were seen disappearing down the fairways whilst OldField Clothing Company were seen adding the final touches to a few outfits from their stand in the clubhouse.

Councillor John McMillan, East Lothian Council spokesperson for Economic Development and Tourism commented, "The World Hickory Open is a relatively modest event by comparison with next year's Aberdeen Asset Management Scottish Open and Ladies Scottish Open, but it comes at a time of year where the hospitality sector needs all the revenues it can generate, so all the support we can give by attracting quality events during shoulder season will be welcomed.”

"Meanwhile the international profile of the event has promoted Scotland's Golf Coast all over the world, with many of the players hopefully coming back year after year and encouraging friends and family to discover all that East Lothian has to offer, on and off the golf course."

Hickory Golf is played with original or pre-1936 replica hickory shafted clubs and yet skilful players such as last year’s winner and former Masters Champ Sandy Lyle are still able to hit their drives close to 300-yards yards and record scores of as little as 67, although this has only been achieved twice in the tournaments 12-year history.

For more information, visit www.worldhickoryopen.com.
Posted by Blogger at 10:14 AM