(Boston) — The National Collegiate Club Golf Association (NCCGA) will host its National Championship and National Invitational, November 15-17, in Thackerville, Oklahoma. The Championship will be held at WinStar Golf Club’s Scissortail and Redbud courses at the WinStar World Casino, with the Invitational just down the road at famed Dornick Hills Country Club (a former PGA Tour stop). 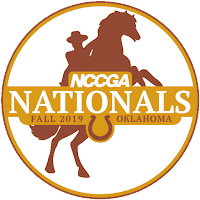 The event brings together 348 of the best non-varsity college golfers in the country from 56 schools to compete on a national stage, making it the largest college golf tournament in the country. The teams and individuals are invited to compete based on their performance in 28 regional tournaments conducted by the NCCGA.

Other teams to watch are Grand Canyon University and the University of Florida, both of which have been Top-5 teams for four straight semesters. Payte Owen of the University of Oklahoma has the home-state advantage for the championship: Payte was runner-up at the spring National Championship in Indiana and is the favorite to win the individual title.

“I’m excited to bring our players to a new state for Fall 2019 Nationals,” says NCCGA Commissioner Matt Weinberger. “We have never hosted a championship in Oklahoma and are excited about the unique experience that these college players will have.”

NCCGA club golf teams are made up of five-to-eight players; the top five scores each day are counted toward the team's total. In addition to the team competition, the individual medalist will earn the coveted Red Jacket and individual exemption into the Spring National Championship. Many NCCGA National Championship medalists use their NCCGA Championship performance to walk-on to collegiate varsity golf teams. Most recently, Fall 2018 NCCGA Medalist Ian Martin, from the University of Michigan, walked on to the varsity program last spring.

Along with the tournament, the NCCGA is hosting the 3rd Annual Careers in Golf networking event on Friday, Nov. 15, from 2-5 p.m. at the WinStar Golf Club driving range and WinStar Golf Academy. The PGA of America, Billy Casper Golf, Golf Channel, Topgolf, the USGA and American Junior Golf Association will be among the organizations in attendance.

“The goal of this event is to help students understand available career opportunities in the golf industry and bring together some of the best companies in golf who are hiring,” said Nextgengolf Senior Director Kris Hart. “Anyone interested in golf jobs is encourage to attend the event in person or send in their resume for consideration. It’s in our DNA to be helping college students off the course, just as much as on the course.”
Posted by Blogger at 12:00 PM