The Fast Track to the 2018 Winner's Circle: New TS Drivers and Fairway Metals 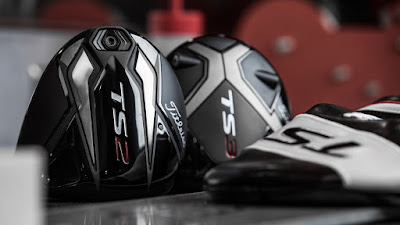 (RELEASE) - When Titleist Brand Ambassadors Brian Harman and Patton Kizzire won the QBE Shootout this past weekend, they both had a long game advantage in the bag - new Titleist TS metals. The result of a two-year Titleist R&D mission, the Titleist Speed (TS) Project deconstructed the driver and fairway metal and then rebuilt them both from scratch, designing greater speed into every detail. Harman and Kizzire certainly reaped the benefits in Naples, recording 27 birdies and three eagles on their way to a winning score of 30-under-par 186.

The Tour introduction of TS drivers took place on the toughest stage in golf, the 2018 U.S. Open at Shinnecock Hills Golf Club. Shinnecock was chosen deliberately, for what better test could Titleist R&D devise to validate the performance of the new TS than the unforgiving demands and pressure of a U.S. Open layout? And with so much at stake, 17 players (40% of players using Titleist drivers) put the new TS drivers immediately in play, an unprecedented shift for the week of a major championship.

Since that initial seeding and validation process (TS fairway metals debuted two weeks later at the Quicken Loans National), players relying on TS metals have captured 22 titles across the worldwide professional golf tours. In that brief span, over 150 players have made the switch to TS and as Josh Talge, Vice President of Marketing for Titleist Clubs told us, this early success and adoption by the world's best players is no surprise, given the performance that these new products deliver.

“From start to finish, the TS Project was about driving ball speed and unlocking a level of performance that golfers simply couldn’t ignore,” Talge said. "We know performance is the story that golfers care about. From the ball speed and distance gains we’re seeing, both on tour and with amateur golfers, it’s clear that TS metals deliver a new level of Titleist Speed.”

TS METALS HIGHLIGHTS:
- In June, Michael Kim (TS2 10.5°) became the first player to post a victory with the new Titleist TS driver, winning the John Deere Classic by a record eight shots. For the tournament, Kim averaged five yards more off the tee (294.8) and was nearly 30 percentage points (82.14%) higher in driving accuracy compared to his 2017-18 season averages.

- In early August Justin Thomas earned his first World Golf Championships title with a four-shot victory at Firestone, crediting the performance gains of his TS3 9.5° driver and TS3 15° fairway.

“The new TS driver was instantly faster," Thomas said, "and I was able to get a few more yards carry when needed. More importantly for me, my spin numbers were more consistent, so it has helped me drive the ball much better. The fairway metal, too, has gone up in spin, which gives me more control. And I can easily fly it 280-285 off the tee if needed, which is such a great asset to have.”