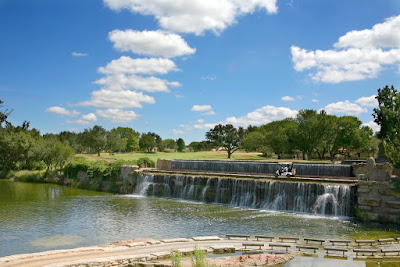 (Horseshoe Bay, TX) – Horseshoe Bay Resort, one of the most dynamic golf resorts in the country and the original lakeside resort destination in the state of Texas, has selected Kevin Frisch PR to manage its golf public relations.

Horseshoe Bay Resort is in the finishing stages of a $70-million renovation, which, in addition to major resort and room upgrades, includes extensive renovations on its Slick Rock, Ram Rock and Apple Rock golf courses. The new state-of-the-art Cap Rock members clubhouse is being constructed to overlook the Ram Rock and Apple Rock courses and a panoramic expanse of scenic Texas Hill Country. The Apple Rock course and clubhouse will open in the spring of 2019.

A decade after Slick Rock’s debut, the resort brought Jones back to design one of the toughest courses in Texas. Ram Rock, which became known as “The Challenger,” has also hosted the Texas State Open. Integral to Ram Rock’s 2018 renovation was enhancing playability from the middle and forward tees while maintaining the layout’s legendary challenge for scratch players.

The Apple Rock course, also designed by Jones Sr., opened in 1985 and offers some of the most picturesque views at the resort. Jones strategically routed holes to take advantage of the many higher elevation points that overlook Horseshoe Bay Resort and Lake LBJ. Apple Rock is currently closed and undergoing a major renovation but is scheduled to re-open in the spring of 2019.

The Summit Rock course opened in 2012 and is an elevated members-only experience at Horseshoe Bay Resort. A Jack Nicklaus Signature design, it features some of the most stunning scenery in Texas. Nicklaus routed holes along a high ridge, a setting that showcases spectacular views that stretch for more than 40 miles over the Texas Hill Country and Lake LBJ.

Complimenting the championship golf is the highly-unique Whitewater Putting Course, a tropically-adorned 18-hole day/night real-grass putting course that sits adjacent to the hotel and is routed around the energetic 360 Sports Club (A full-service destination for pub food, cocktails and live sports on more than two dozen flat screen TVs). It is the perfect attraction for golf buddy groups, couples and families.

“Few resorts in America combine the quality and quantity of great golf in an idyllic lakeside setting with scenic views like Horseshoe Bay Resort does. This is a one-of-a-kind golf destination in the heart of the magnificent Texas Hill Country,” Kevin Frisch, CEO of Kevin Frisch PR, said. “With its close proximity to one of America’s great cities, Austin, along with its own private airport, the resort is easily accessible from anywhere in the country. This is critical for positioning itself as one of the country’s leading golf buddy trip destinations.”