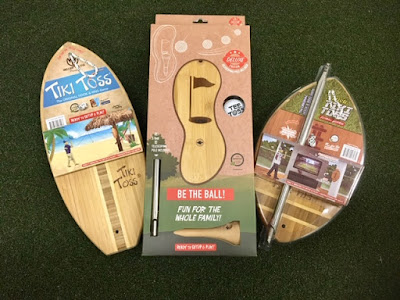 When I was fresh out of college and living in Dallas, my friends and I used to frequent a townie bar near our apartments - the Regal Beagle. The floors were sticky, but the drinks were cold … and there was an addictive game that used to occupy hours of our time. It was a simple hook on the wall and a ring attached to a string. Swing the ring onto the hook and you won. Simple, but brilliant. 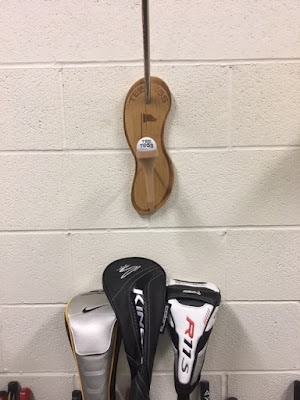 Flash forward 20 years and I stumbled upon a home version of the game with very little setup, but just as much fun. The game is called Tiki Toss by Mellow Militia and it’s a blast. It only takes about five minutes to go from unboxing to playing and, once done, it will occupy so much time. Frustratingly simple, you think you can hook it every time, but success is usually just out of reach.

The Surf Edition ($29.99) is the version with which I’m familiar. The hook is on a wall and the string/ring are attached to a ceiling. For simplicity, however, the company offers a Deluxe edition ($39.99) with a telescoping pole (no need to mount string to the ceiling).

Check out playtikitoss.com to learn more or to order. There’s also a tabletop version and mounting alternatives - suction cups and straps - for people who want to protect their walls or take Tiki Toss with them.

With the holidays fast approaching, Tiki Toss makes an excellent gift idea for so many people on your list.
Posted by Blogger at 6:00 AM