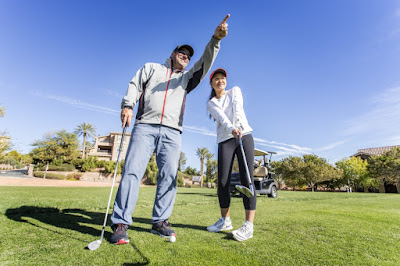 (Henderson, Nev.) – A new golf instruction academy is being formed at the award-winning Reflection Bay Golf Club at Lake Las Vegas, complete with professional golf instruction, state-of-the-art technology and a new building to house the program.

The academy will be located on the former Falls golf course at Lake Las Vegas, with completion slated for summer 2019. When complete, the academy will offer one, two and three-day golf school options for juniors and adults and will be open to beginner and more advanced players.

“The golf academy will further enhance the status of Reflection Bay Golf Club as one of the premier practice facilities in the western United States,” said Eric Dutt, director of golf operations for Reflection Bay Golf Club. “The academy will be an unparalleled offering that will attract locals and out of towners who want to relocate to a resort location where they can enjoy golf year-round.”

Dutt said the academy will be the only facility in Southern Nevada of its kind and will offer golfers an on-site venue that gives them access to learn the sport first-hand from professional players.

Former PGA golfers Craig Barlow and Jeff Gallagher were appointed this year as golf instructors at Reflection Bay. Barlow, a PGA Tour professional who has made 170 cuts on the PGA Tour and competed in eight major tournaments including the British Open and five U.S. Opens, is the club’s director of instruction. Former professional golfer Jeff Gallagher has played on the PGA Tour and the Nationwide Tour.

Once open, the academy will offer a variety of programs, including VIP programs for Lake Las Vegas residents as well as programs for high school teams and junior golf development.

For more information, visit www.reflectionbaygolf.com.
Posted by Blogger at 1:07 PM