(SCOTTSDALE, Ariz.) — Paxton O’Connor, the PGA Director of Performance & Instruction at Desert Mountain Club, has been named to the prestigious list of “Best Young Teachers in America” for 2018-19 by Golf Digest magazine in its November issue. 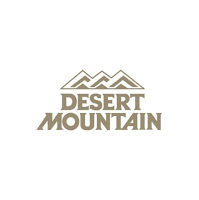 O’Connor, 27, a golf instructor at Desert Mountain Club since 2016, has been selected for the first time to the list of teachers who are not yet age 40. O’Connor is one of the two youngest members of the elite group – Greg Ducharme of New York also is 27 – and one of only six instructors among the 114 listed who are in their 20s.

“It is quite an honor to be recognized as one of the best young teachers in America,” said O’Connor, who in January was elevated to the PGA Director of Performance & Instruction, overseeing Desert Mountain’s state-of-the-art Jim Flick Golf Performance Center. “As coaches and teachers, we stand on the shoulders of giants who came before us in the golf industry, striving to be our very best.”

Desert Mountain Club, the only private community in the world with six Jack Nicklaus Signature Golf Courses, will open a new, 18-hole par-54 course – named No. 7 at Desert Mountain – in early 2019 and celebrate the reopening of its original course, Renegade, following an extensive renovation.

The $1.6 million Golf Performance Center at Desert Mountain Club is equipped with the most advanced technology available in the industry and provides a comprehensive game enhancement program, from golf fitness to playing skills and mental game techniques.

“We are proud of Paxton and pleased to see him recognized by Golf Digest,” said Desert Mountain Club CEO Damon DiOrio. “He has a unique skill to translate sophisticated concepts into simple, tangible coaching practices. He exemplifies our commitment to provide innovative, world-class instructional experiences for our membership.”

Prior to joining Desert Mountain Club, O’Connor was an instructor at the Butch Harmon School of Golf in Henderson, Nevada. While mentored by Harmon, O’Connor was able to assist during sessions with clients that included PGA Tour players Dustin Johnson, Brandt Snedeker, Rickie Fowler and others.

A native of Cherokee, Iowa, O'Connor was introduced to golf at age 6 by his mother and grandfather. After several years as a competitive junior golfer, as well as a high school standout, O’Connor graduated from the PGA Professional Golf Management Program at the University of Nevada, Las Vegas in 2015 and also become a member of the PGA of America in 2015. O’Connor has completed numerous special training courses, including the Titleist Performance Institute (TPI), PGA of America, Trackman, SamPutt Lab and numerous others.

The Jim Flick Golf Performance Center – dedicated to one of the game’s greatest instructors, Jim Flick, who was Desert Mountain’s PGA Director of Instruction from 1987-2005 – is a 6,500-square-foot facility that features a wealth of resources: Trackman, which is the first and only dual radar technology tracking ball behavior and club delivery; Swing Catalyst pressure plate and video software; a Science and Motion PuttLab; AMM 3-D sensor known as the “MRI of your golf swing;” and a Quintic Ball Monitor. In addition, the PGA- and Titleist-certified staff utilizes the technology to match members with equipment perfectly suited for their games.

This is Golf Digest’s sixth biennial list of the top golf instructors younger than age 40, with the inaugural class named in 2008. Nominations are accepted from respected sources, which include tour players, previously recognized teachers, and instructors on the Golf Digest state and national rankings.

Final selections are based on individual accomplishments, training and continued education, as well as how each instructor handles the day-to-day challenges of helping golfers improve.

For additional information on Desert Mountain Club, access the web site at www.desertmountain.com.
Posted by Blogger at 7:41 AM

Finding your perfect golf swing doesn’t need to be mind-bendingly-complicated, or need some voodoo guru magic. It can be straightforward and logical.

Rory McIlroy’s coach, Michael Bannon, knows that a great golf swing is all about nailing the fundamentals. And these can be mastered…if you follow a simple plan.

The problem with something being easy is that most people convince themselves that it can’t be that good or important, otherwise they would have figured it out on their own already.

Making stuff complicated and difficult might make you feel like you’re learning something but if your like most golfers these complicated guru tactics are just messing with your head…giving you too much to think about.

It rapidly frustrates you and wrecks your natural ability to strike the ball powerfully and accurately.

If you have a genuine desire to slash shots off your round then the simple approach from Rory’s coach could be your answer.

Michael knows that keeping it “simple” works, so he’s got a challenge for you…

…try out his 6 Step Golf Lesson with absolutely ZERO RISK. Follow the instructions laid out in the online coaching videos and if you don’t slash shots off your game he’ll send you a complete 100% refund.

You can’t say fairer than that!

Remember how Rory made a phenomenal recovery after a massive slump? Here’s what he said afterwards…

“I didn’t have a great 2013. This year? I’m back to playing like a World No. 1 should, with a shiny new Claret Jug and a Wanamaker Trophy to prove it. Credit goes to my longtime coach, Michael Bannon, who reacquainted me with key moves I had strayed from in recent years. Michael Bannon is the only coach I’ve ever had. It’s scary — he knows my swing better than I do. When things started sliding south he knew exactly what to do. Taking me back to the basics that rocketed me to No. 1 in the first place, stuff that Michael taught me when I was a little kid. You too, can rediscover your best swing.