12 Clinics Nationwide Will Encourage More Women to Engage in Golf

(PALM BEACH GARDENS, Fla.) – The PGA of America announced today the debut of the KPMG Women’s PGA Championship Golf Clinics, a nationwide series of 12 full-day clinics that will welcome and empower women to learn more about the Game of a Lifetime. 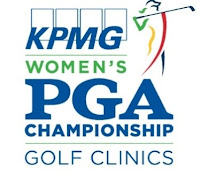 “Our goal is to deliver amazing golf experiences to all women that attend our KPMG Women’s PGA Championship Golf Clinics,” said Suzy Whaley, President of the PGA of America. “We invite all women to participate whether just starting the game or an avid participant. By empowering women with the tools needed to play and manage their games, we’re certain that these clinics will inspire so many more women to play golf.”

Clinic participants of all skill levels will learn the aspects of social and business golf during an action-packed schedule that includes plenty of personalized instruction, play and assessments from PGA Club Professionals/LPGA Teaching and Club Professionals, a keynote speaker, breakfast, lunch, and a networking reception to cap off the program.

“The KPMG Women’s PGA Championship continues to elevate women on and off the golf course and, through these fun and accessible clinics, we hope to introduce more women to the game and its networking and business benefits,” said Chris Goodman, Chief Marketing Officer, KPMG LLP.

To register for or obtain more information about the KPMG Women’s PGA Championship Golf Clinics, visit KPMGWomensPGAClinics.com.
Posted by Blogger at 12:55 PM