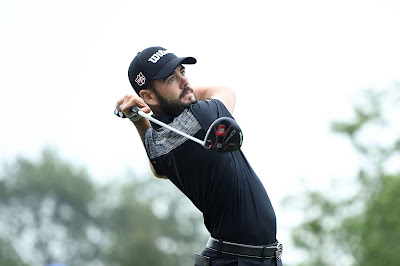 The Barbasol Championship concluded Monday with Merritt shooting a 5-under 67 to take the win by one-stroke.  He was one of four players tied for the lead when the final round began and finishing the tournament at 23-under par. His accuracy on the last day brought home the victory. Troy hit 15 of 18 greens in regulation thanks to his D300 Driver and all-new FG Tour V6 RAW Irons.

With the win, Merritt secured a two-year exemption on the PGA TOUR and a spot in next month’s PGA Championship at Bellerive Country Club outside St. Louis, Mo.  In addition, his opening round 62 tied the course record.

“This is a special win for me. It validates that I can still play this game at the highest level,” said Merritt.  “Every facet of my game was strong this week including my greens in regulation percentage, which directly relates to how comfortable I am hitting the new FG Tour V6 RAW irons.”

“Troy Merritt’s charisma and energy for the game of golf is truly remarkable. We congratulate him on an amazing week and his second career PGA Tour victory,” said Tim Clarke, President of Wilson Golf.  “He has played a critical role as a brand ambassador for Wilson Golf, and has aided our product innovation efforts to help golfers of all levels to improve their game while solidifying our presence as one of the world’s finest golf brands."