Top Collegiate Golfers Set to Test Skills at The Territory 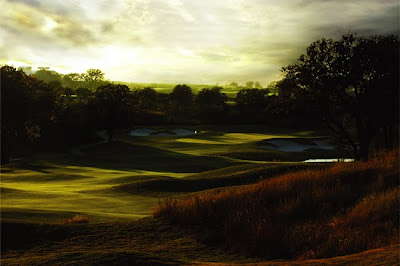 The Territory is no stranger to major tournaments. In just its first five years of play, the Randy Heckenkemper design has hosted the Oklahoma State Amateur twice, Oklahoma Senior State Amateur, an NCAA Div. II Super Regional and a stop on the Adams Pro Golf Tour Series.

“We look forward to seeing how these incredible collegiate golfers handle the many intricacies and nuances here at The Territory,” says Rick Braught, who along with his wife Barbara, owns the club.

The modified target-style layout, which features multiple tees to accommodate any skill level, was named a Top 50 Residential Course by Golfweek and has been designated as one of Oklahoma’s best courses by Golf Digest. A state-of-the-art practice facility and three-hole short course where the teaching professionals conduct instruction for those looking to improve their game, also set The Territory apart.

A private club where family-friendly activities are ever present, The Territory has opened its fairways to all via its popular stay-and-play packages. The luxurious, graciously appointed accommodations feature two-to-four spacious bedrooms, a living room, full kitchen and baths. Package pricing per person is:
• Single: $275 per night
• Double: $225 per night
• Triple: $195 per night
• Foursome: $175 per night

For more information on The Territory, call 580.475.0075 or visit www.territorygolf.com.