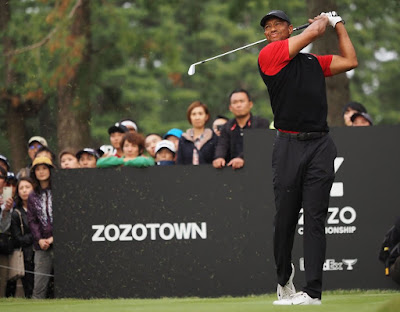 Since joining Team TaylorMade in 2017, Woods has further elevated his legacy by winning the 2018 Tour Championship, the 2019 Masters (his 15th major championship) and the inaugural ZOZO Championship - the first ever PGA TOUR event to be held in Japan.

After opening on Thursday with three bogeys, Woods went on to rattle off nine birdies in R1 and then never looked back as he carded a 6-under-par round of 64.  Finishing on Monday at -19 following a closing 69 and 3 shot victory, Tiger shot four rounds in the 60s around the Accordia course.

NEED TO KNOW
- Tiger switched into a new 60° Milled Grind wedge this week
- Tiger joins Sam Snead in the record books with 82 PGA TOUR wins
- Tiger has a 23% win rate on the PGA TOUR (82 wins / 359 starts)
- TaylorMade's M5 drivers were used by the Top 3 players at ZOZO Championship
- Moves up to No. 6 in the OWGR
- 261 is Tiger's 3rd lowest 72-hole total score on the PGA TOUR
- Tiger had 27 birdies this week, just 1 off his lowest ever total on the PGA TOUR