(PEBBLE BEACH, Calif.) – Youth on Course – the non-profit providing young people with subsidized golf, college scholarships, caddie programs and paid internships – has announced its 2020 scholarship awards granting over $252,000 in scholarships to 19 high school graduates, continuing its commitment to providing youth with access to life-changing opportunities on and off the course. 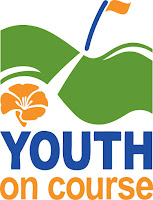 Since the inception of the scholarship program in 2008, 260 Youth on Course members have been awarded with scholarships totaling close to $2 million in financial support. The current scholarship retention rate is ninety-three percent.

The 2020 recipients include seven first-generation college students and will be attending the country’s most prestigious universities including University of Chicago, Columbia University, University of Michigan, UCLA and Wake Forest University, among others. The average GPA of this year’s winners is 4.06.

"We know how challenging the financial burden is for students pursuing higher education. Every year, our scholarships are sought out by more than 1,000 Youth on Course members who are intelligent, talented and want to continue pursuing their dreams in college, but they're worried about the cost," says Michael Lowe, Vice President of Programs for Youth on Course. "We, along with our scholarship donors, take pride in doing what we can to help alleviate the burden for these outstanding students and their families. The 2020 class of Youth on Course Scholars is made up of some of the brightest and most caring students in the country. We can't wait to see what they accomplish in the future."

Born out of the Northern California Golf Association in 2006, Youth on Course subsidizes greens fees to remove cost as a barrier to entry for potential lifetime golfers. Operating in 37 states and Canada, more than 71,000 members have played close to one million rounds of golf while the organization has helped generate over $6.8 million in tee-time revenue back to individual golf courses. In addition to subsidizing youth golf rounds, Youth on Course also facilitates college scholarships, paid internships and a caddie program.